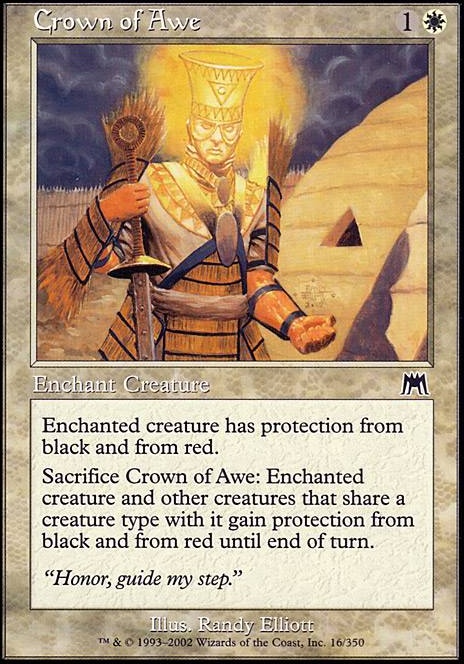 Enchanted creature has protection from black and from red.

Sacrifice Crown of Awe: Enchanted creature and other creatures that share a creature type with it gain protection from black and from red until end of turn.

Scourge of the Nobilis and Rise of the Hobgoblins are good.

A few more protection ideas include Gift of Immortality, Favorable Destiny, Mask of Law and Grace, Crown of Awe (although both don't help against black removal, Martyr's Cause, Kami of False Hope and Mother of Runes.