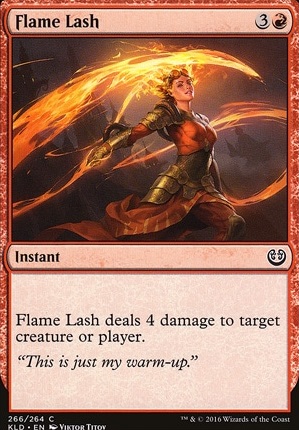 Rakdos lord of burn
by 222FBZ 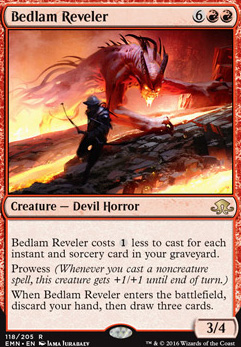 Gruul Enchantments. Yes, this a thing now.
by Emuron 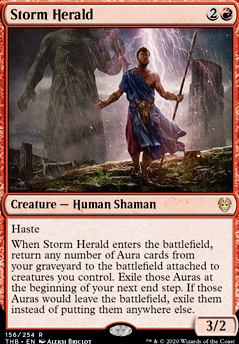 Death and Destruction to all the land!
by Blarjdebop 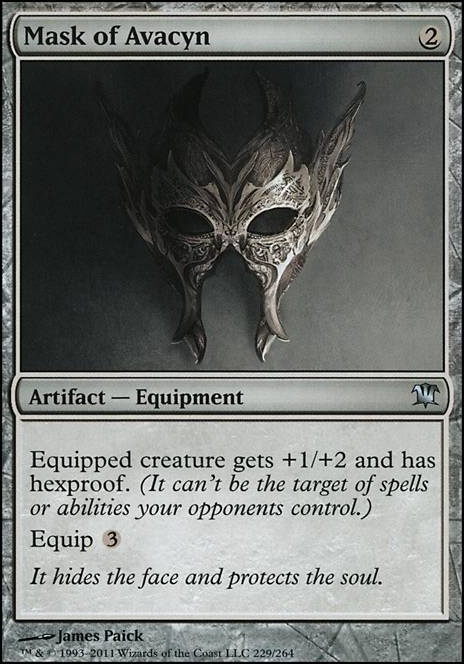 Good point, man. Detection Tower is a strong answer for that situation. Maybe bringing a copy or two into the main board is correct here. Fight with Fire will kill Shalai (as will Flame Lash, but we'd rather strike face with that), but with tech like Blossoming Defense, it may be necessary to use tech that strips hexproof entirely. However, the +2/+2 still stops most of our removal from killing her. I think Blossoming Defense is going to be a tough card to beat because even without hexproof, it's going to give us issues killing Shalai. So I like the Detection Tower plan. Strip hexproof off of your opponent, ignore Shalai, and keep pointing burn spells at their face.

Firebolt is probably a safer play than Flame Lash

I'm dubious about Flame Lash. When I got it in the tournament it was so useful (I killed a Chandra with it)... But still "normally" a flavor card.Cut proved to be good too, maybe I should get 3 and remove the Lash.

Sideboard: Fatal Push out (suprisingly, I have enough cards to manage creatures already), Ashes of the Abhorrent OR Crook of Condemnation x2 in. The choice is tough, in play Ribbons and Ashes would lock it.

RedMan929, I think that I am going to use Hungry Flames instead of Flame Lash because of the card cost and you can do 2 things at once. I will be ultimately replacing that card with "lightning strike" from the new set most likely.

Of course, no problem. Hungry Flames might be OK, or perhaps Flame Lash as a replacement.

Will do I'm very happy with Lightning Strike being released can always run Cut instead of Flame Lash.

Atroxreaper I have played around with Flame Lash. The big draw back of Flame Lash is Hazoret the Fervent dos not want your hand stuck full of 4cm cards. Hungry Flames is effectively 5 damage for 3cm, but can still be awkward vs a empty board when all we want to do is get down to one card. It is very unlikely that we will see good burn/retch cards in Ixalan. So for now I am sticking with Hungry Flames in place of Collective Defiance. I ran this list last Friday and went 4/0, and got that foil promo Fatal Push. Good luck and I hope you enjoy. :)