Creatures your opponents control with hexproof can be the target of spells and abilities you control as though they didn't have hexproof. 3, Sacrifice Glaring Spotlight: Creatures you control gain hexproof until end of turn and are unblockable this turn.

Glaring Spotlight occurrence in decks from the last year

Patron of the Moon: Promise Lands
by Frankenputtz 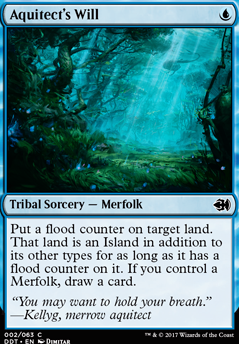 I would say because you have an aggressive game plan i would put in cards in your sideboard that focus on evasion/attacking and preventing removal over shutting down an opponents deck/plan... Emerge Unscathed is pretty great in all of these categories.... Ensnaring Bridge is something that can stop you from attacking/slow you down so artifact removal of any kind its worth considering....Glaring Spotlight is also great for getting some of your own removal to work on thing like Geist of Saint Traft and or just enable easy damage to end the game.

Looks like a really fun deck! I don't know if you are looking to add any new cards but two of my favorite tribal support finishers are Alpha Status and Shared Animosity which might be useful in this deck too :)

How are doing getting your creatures through to your opponent's life? If you feel like you need a little extra to get through, you could also consider adding some mass evasion/reach cards like Primal Rage, Glaring Spotlight, Overwhelming Stampede, Overrun, or even Seismic Stomp and Gruul Charm.

Make them sac it! That indestructible hexproof unblockable 20/20 got you down? Good thing I have a Plaguecrafter or Diabolic Edict here to make them sad! You can even flash some of it in with Alchemist's Refuge, Winding Canyons, or a whole bunch of artifacts, enchantments, and creatures that let you do it nowadays so they learn their lesson not to swing at you.

There are also a good number of artifacts and lands nowadays that can get rid of that pesky hexproof. Detection Tower, Arcane Lighthouse, and Glaring Spotlight are your friends. And the lands don't even cost you a 'real' card slot, and are repeatable...my favorite!