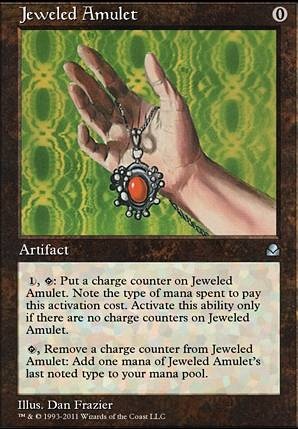 Jeweled Amulet occurrence in decks from the last year 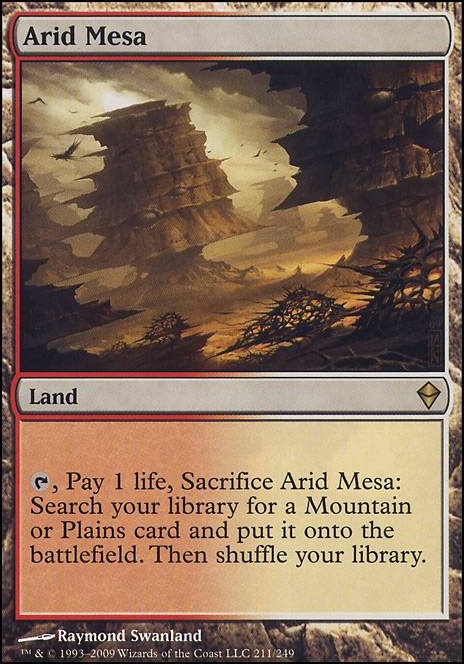 Yeah Blood Pet is just for mana. I'm honestly not sure why I put it in over Jeweled Amulet . It's on the short list of things to be cut for Underworld Breach so it may not be in the list much longer.

The long answer is that Jeweled Amulet is better than Mox Amber because if on any given turn that you canât cast your Commander but can leave a land open Jeweled nets you one mana the next turn. You also can keep storing mana in Jeweled whenever it goes unused in a turn cycle. This makes it just as consistent of a rock as Mox Amber (even with your Commander/a Legendary Creature or Planeswalker out) with the added advantage of actually ramping you before the initial conditions of Mox Amber would ever be met.

any reason you run the Jeweled Amulet over something like Mox Amber ?? seems to just be better imo

autompne If you canât make actual infinite Iâm not sure the answer to your question fits within the spirit of that rule and I canât encourage pubstomping your LGS in any way. However, non-infinite wincons are definitely possible via Craterhoof Behemoth or Finale of Devastation.

Gilded Goose isnât good enough, but may be fine in a budget build. Itâs basically Jeweled Amulet but more expensive to recharge.

I do think Thorn Mammoth is worth testing. Itâs very expensive to cast but is a lot more powerful than Stag.

SirChris39 i don't like at all Olivia, Mobilized for War even if Olivia Voldaren is one of my favorite cards in the game, there's no point to make creatures hasty and +1/+1 if the goal of the deck is wordlgorger combo or dualcaster+twinflame combo, Ad Nauseam even if it is indeed one of the best cards in cEDH, i can't recommend it in a deck with so high cmc cost due to the madness cards we use to cycle then deck, it can turn very bad for us in terms of damange taken. Insidious Dreams that's a great card i will consider to add to my mainboard since it can be another Doomsday for just 1 more mana and some cards in hand, all without the doomsday backdraw of exiling every other card from both library and graeyard. The manabase isn't great since the deck aim is to be budget you haven't access to cards like Ancient Tomb and Badland but for sure i will cut 4 mountains and add 4 swamps since you need more black than red. not having access to Mana Crypt is the worst part of playing in budget, since you don't run solid mana acceleratos, you can't get Anje Falkenrath on turn 2 and that's really bad; some budget accelerators for turn 2 anje could be Blood Pet , Skirk Prospector , Jeweled Amulet , Simian Spirit Guide , Dark Ritual . Sadly, if you want to play cEDH on budget, you have to be prepared to hard loses since things like the diamond cycle and Everflowing Chalice are just too slow for the format. The main problem with a deck like anje madness combo is actually his game plan: you can't decide to play the worldgorger dragon combo in a casual way because it is just too good so you have to play it in a competitive way in order to match your opponet's power level because if you bring a combo deck like this against a casual group hug Phelddagrif player, the gameplay would be like a solitary of yourself doing your things with the opponent trying to interact with you in a suboptimal way and that's just not fun, either way, you can't sit at a cEDH table with a deck that is way too slow for the format because you will end up to be eaten by flash+hulk, isocron shepter+drammatic reversal, ad nauseam storm, teferi+chain veil. The solutions to this problem are actually 3 (if i don't forget others but idk): use proxy cards if you don't play sancioned events and if your playgroup allow them, invest some money buying cards and bringing your deck to the required power level or you can remove all the combos and play the deck just like a madness deck at a casual EDH table; i personally don't like this last option but can turn to be a fun archetype to build and play since you can use really strong and fun cards like Bone Miser , Waste Not with all the discard hatebears, Liliana Vess , Yawgmoth, Thran Physician and his son K'rrik, Son of Yawgmoth or cards like Praetor's Grasp , Sheoldred, Whispering One and Gonti, Lord of Luxury for some "heavy black deck flavor" or you can even turn it to a full vampire madness tribal with Falkenrath Gorger ! If you want to stick to the good old one Worldgorger Dragon combo, pls don't do it in casual edh but try to tweak at best for cedh instead otherwise you will ruin some random player day without having fun at all, i can say that 100% . Hope i helped you is some way and happy brewing :D

smack80 I will swap the Commander's Sphere for Jeweled Amulet . I also threw in the Blood Pet and a Simian Spirit Guide for good measure. So thanks for that.

Also in reference to the lands issue, I was referring to other budget cEDH decks I've been seeing since my own deck. I am adding a couple of lands and swapping out most of the rocks as you suggested, so we shall see how that does.

Hybrow, if I recall correctly the combo can be interrupted by having a different creature in your graveyard as well to target with the Animate Dead during a loop (obviously not perfect, but a solution). But I will swap in the Comet Storm as a cheaper instant speed replacement for Torment of Hailfire .

Thank you both for your feedback, it's appreciated.