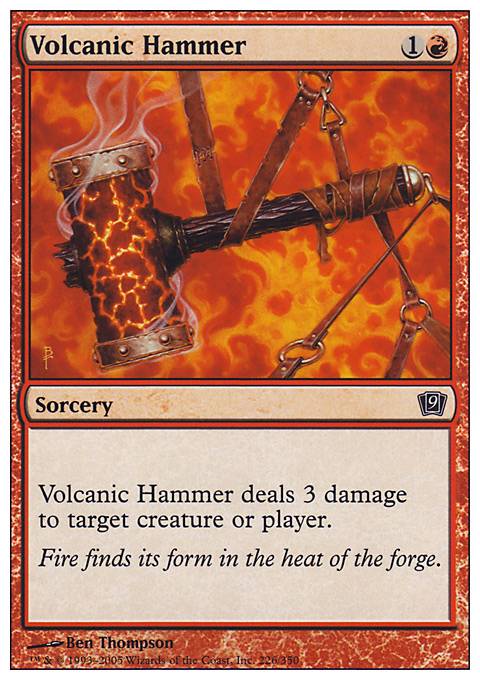 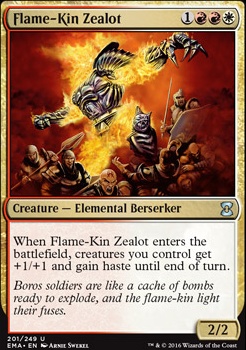 Feeding the Chimera
by Wyrmling 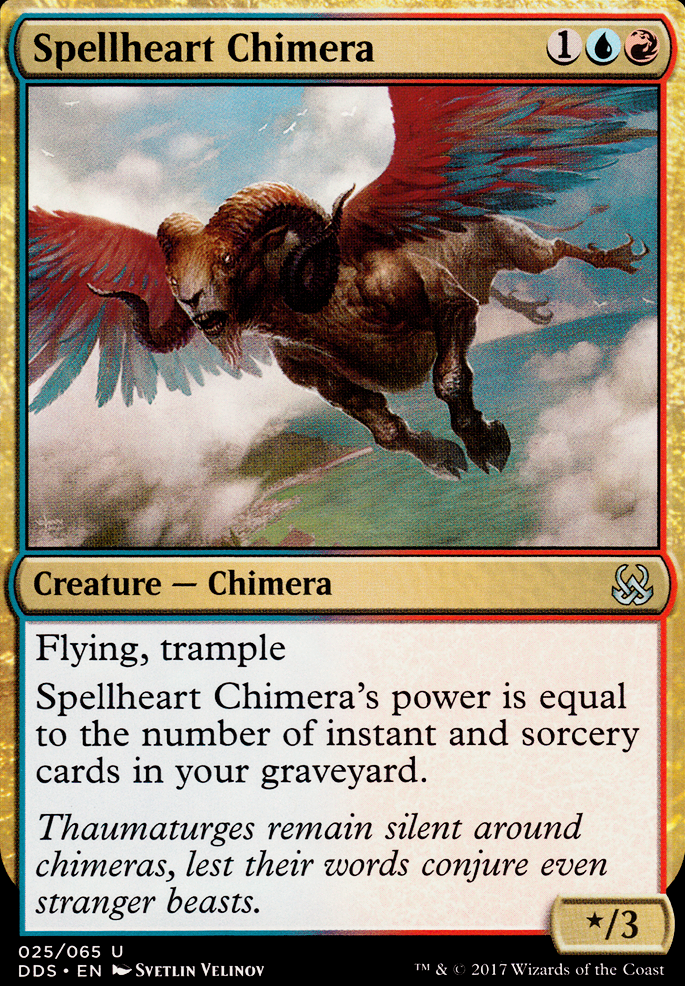 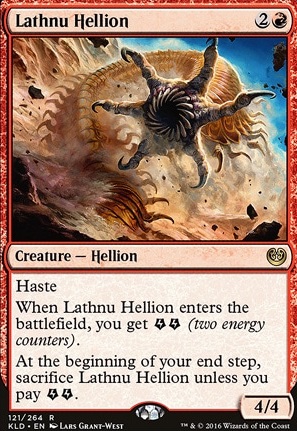 Hubris: excessive pride or self confidence. Or in ancient Greece,(hybris) is the intentional use of violence to humiliate or degrade.

I was hoping for a non-divine spin on it, my own vision was something like Hubris - you gain X benefit but if ~ 'action' do Y. Makes for some leader types but if they get too cocky something bad happens.

Grixis was a good play, I was thinking Mardu myself because of whites religious sort of aspect, but blue makes sense.

Common - close to what I had imagined, still good though. It's a Volcanic Hammer with a body basically, which is pretty standard these days. Pun intended.

Uncommon - You forgot the stats. A majority of gorgons though are bigger in the butt though so I can use my imagination. Nicely flavored though for a gorgon.

Rare - if my rules knowledge is correct the 3rd ability is state based so you can't react to an increase of their board state by sacrificing, etc? Correct me if wrong here. So much advantage though: ahead of curve, draw on any deaths, threaten board states, can swing out of the gate. Gold.

Mythic - This is an interesting design. It says 'kill me now so I can have an extra turn, or wait awhile and I get an extra turn. Either way...'. I'd love to add prowess to this... jussayen.

Overall I think this is something that could actually be seen in packs if ever we were to return to Theros...again. Great concept.

1st card - All other 'one sided wipes' I could find are all 8-9 mana so the cost of this one is worrisome. Wrath of God for or full price for one player. Over powered maybe?

2nd - This feels more black than blue, but anything's possible I suppose.

3rd - it's interesting, but I think it could end up leading to some confusion. Also high probability of being broken lol. Imagine everyone taking an extra turn, every turn?

It's an interesting concept, I can see it in a place where 'cmc matters' with cards like Cerebral Eruption or Blast of Genius . Also probably spell reduction stuff. Also featured in this set... the Scornful Egotist .

I'm just going to lump everything in one here. I like it, it's almost like Monsterous but better because it's not limited to a one time use. And the flavor of the God check is nice, gives the opponent opportunity to 2 for 1 if they take down the God. The ascension is nice too, I think overall these are all creatures that would have to be dealt with quickly before they get out of hand.

Don't judge the judge to harshly... this is hard, I dont like choosing favorites but, name of the game I suppose. Anyway...

3rd: TypicalTimmy, sorry was a bit confusing I think. Good concept, but think it would need a bit more work to flesh out completely. It could have applications in a 'cmc matters' setting for sure though.

2nd: if I could make a tie I would but it'd be harder to have 2 people collaborate on the next word lol. dbpunk, it was hard coming to a final decision. The sacrifice clause was bugging me a bit.. I tried arguing with myself about grixis's powers of reanimation and such, but something about the next one won me over in the end.

1st: Boza, there's not much more to say about it than I did in the last section. I really like the feel of it, I think it's something that could see print. I wonder if WotC employees look at these things at all XD. Anyway, the next word is yours to choose.

legendofa on Why Has WotC Changed How ...

Thanks Epochalyptik! The second line should read