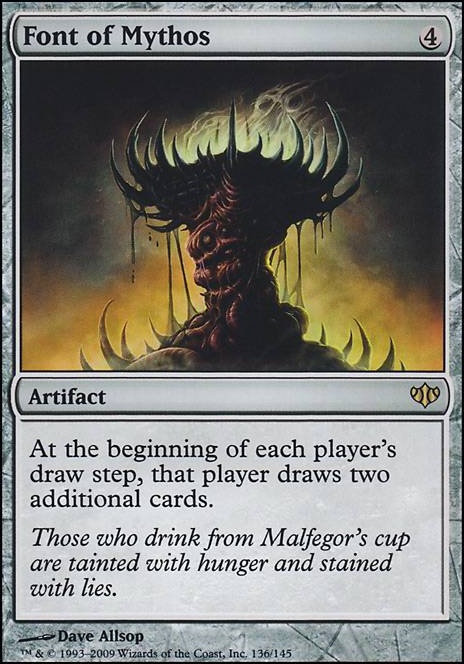 At the beginning of each player's draw step, that player draws two additional cards. 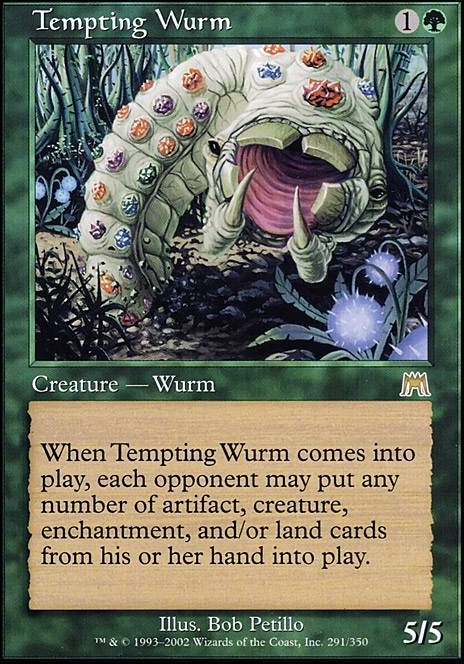 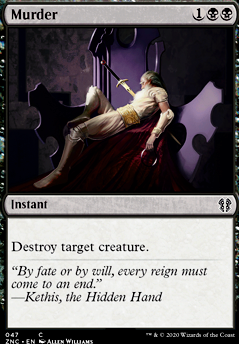 I have replaced Font of Mythos with Smothering Tithe, since this deck already has more than enough effects that make ever player draw a card, and I need to help myself more than I help everyone else.

In my Kynaios and Tiro deck, I have numerous cards that make all players draw cards, but I am contemplating replacing Font of Mythos with Smothering Tithe, since I need to help myself more than I help any other player, and that deck already has plenty of cards that provide further card drawing. I originally was considering replacing Mind's Eye with Smothering Tithe, but I am too fond of the eye to remove it from the deck.

What does everyone else say about this? Should I replace Font of Mythos with Smothering Tithe?