Darksteel Plate occurrence in decks from the last year 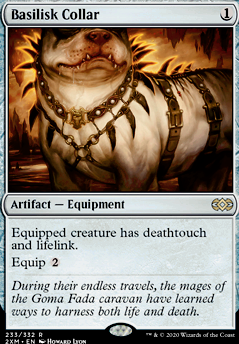 Syr Gwyn and The Loyal Holy Crusaders
by Daggerfella

[[PRIMER]] One True Pairing
by benngmj

Flickerform is good as a way to blink your creatures to get enter-the-battlefield effects. I don't think it's that great for protecting creatures, I think equipment like Commander's Plate (particularly on Rograhk since red doesn't do creature removal particularly well) and Darksteel Plate or even stuff like Swiftfoot Boots do a much better job at protection than Flickerform. Copy effects like Fork are never bad, I don't think it's a bad investment.

The Riddle of Steel: Wyleth EDH

nice take on Wyleth, it looks a bit like the precon, and I would recommend taking out seraphic greatsword for Darksteel Plate

First of all, I do think it is handy to have some sort of equipment in my deck to keep my girl Carah alive, like Darksteel Plate or Hammer of Nazahn.

And you might not want to play too much storm, but I do play an Ignite Memories for the lulz and it is so much fun to play with a Possibility Storm. If you have one and you don't know where to play it... this is the deck.

I also like to play some grave retrieval aswell so when I am in topdeck mode. There is not a whole lot of stuff to retrieve anything that aren't instants, sorceries and artifacts with so I have a copy of Underworld Breach and also Past in Flames, since you can cast it in the late game from the graveyard, even if you had it miss on one of your exiles.

And Fiery Emancipation, its a high cost card, but everyone is about to get nuked the nest turn, and maybe even that same turn if you have Neheb, the Eternal with you.

By removing their commanders, they won't necessarily learn to change their deck to a new commander-independent strategy. They could just choose to run more ways to protect their commander, from Darksteel Plate and Lightning Greaves to cards like Whispersilk Cloak if they really get desperate. This is what I've done in my commander-centric decks. In my commander-centric decks, I do add lots of cards to protect them because I hate getting them killed too much.