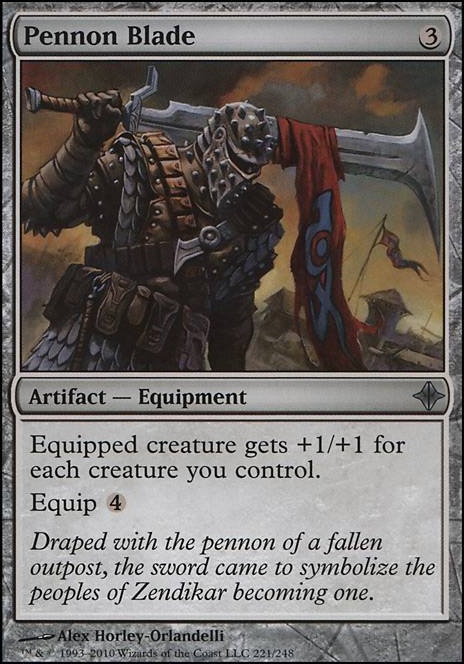 Equipped creature gets +1/+1 for each creature you control. 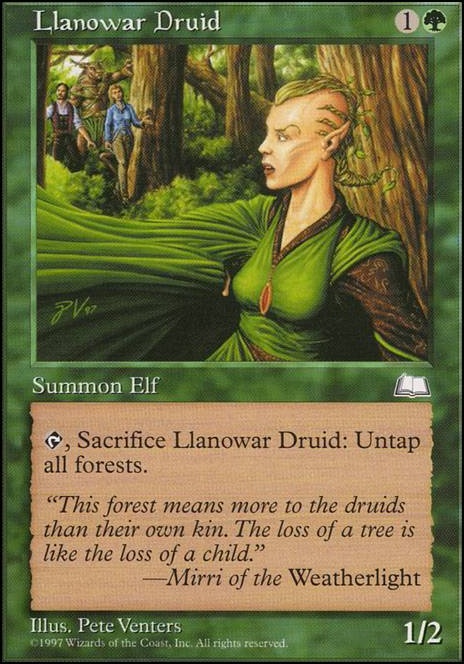 Mardu Knights of the Oval Table
by TreverPhillips6 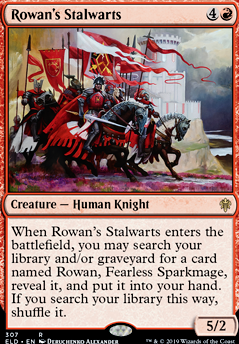 Wonât Even See It Coming
by LetsTapDatMana

I would run Mindslicer as well as Pennon Blade. Additionally, how often do you need to recur your artifacts that Glissa, the Traitor is needed? Carpet of Flowers might be a solid ramp option if you play against decks that even splash blue.

Oh hey, I was going around looking at another deck and I saw Pennon Blade which might be something you want to consider since you have a deck of flying tokens. (30/30 flying zombie? Might be worth it. No idea what you would take out instead though)

Hi! I like the deck and Soldier tribe is among my favorites. Just some ideas. Lands: Eiganjo Castle for more protection, Westvale Abbey  Flip as an alternative wincon. Creatures: Kytheon, Hero of Akros

Geist-Honored Monk and Crusader of Odric count / equal to creatures, and that ability can be granted with Pennon Blade as well. Seraph of the Masses has a pretty high casting cost for it's ability, but flying can be gotten cheaper with Auras and Equipment. Griffin Guide for instance. A good Creature for Auras is Brood Keeper for generating Tokens. Conviction if you want to go that route.

Keep Lightning Bolt and + 2 Raise the Alarm and -2 Krenko's Command. Maybe invest in Isochron Scepter and focus on Instants. Boros Charm for damage and Dawn Charm for utility so you can choose different modes for different situations.

Boros Charm and Isochron Scepter come with a price tag but everything else is reasonable.