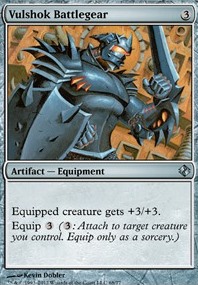 rakdos the kamikaze bomb
by The_novel_ice_cream

Baking Stand: When the Bakery Burns
by Hahstuz 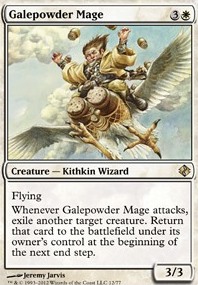 Not a huge fan of Soul Tithe and would be my first cut. As for the other two it gets a bit trickier but I personally would cut, Guardian of the Gateless (think you will have enough blockers that they won't want to attack into you anyway) and Godsend: the block trigger isn't often as relavent, espicialy if you are attacking with a big creature and since no damage is dealt, lifelink doesn't work. I've seen the "can't cast" ability be relevant in edh and it often ends up just being a slightly better Vulshok Battlegear. One thing it does have going for it is that it can be tutored up with thalia's lancers but i don't know how often you would want to do that.

You have this deck listed as a standard deck, but you have an illegal card in Vulshok Battlegear. Not sure if you noticed that or not

Vulshok Battlegear and Slayer's Plate are strictly better than Greatsword at the very least.