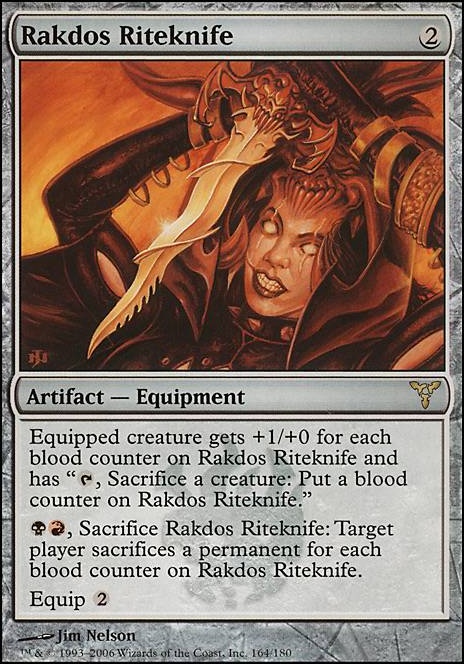 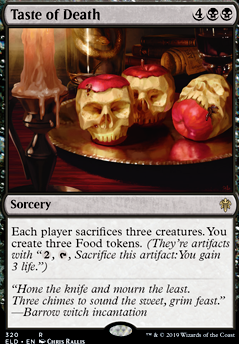 Kresh the Sack Attacker
by Sirbink 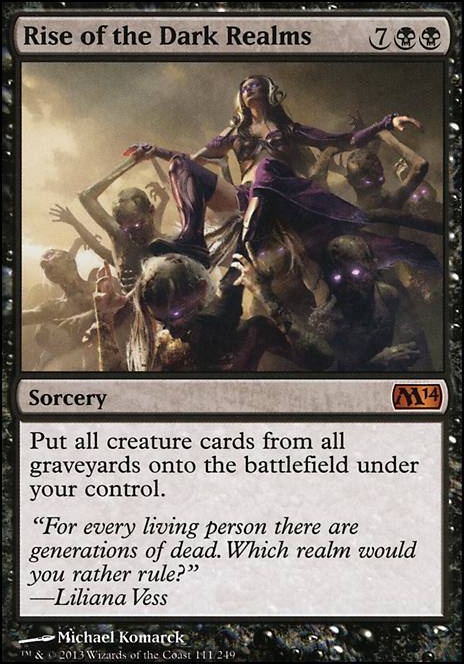 Tzefick on Sengir, Lord of the Night

The token generator is definitely too powerful/too cheap considering he can board buff when killing creatures and tutor + free-cast for vampires.

Considering that Castle Sengir is actually Grixis colors , perhaps it would be a benefit to include more colors on the Baron? It would also increase his value as a Commander.

I would axe the tutor ability completely. It is too good along the rest. I would also tax the token ability a bit more but improve the remaining abilities.

The deathtouch is a bit redundant but it does have its value.

Creating tokens at 1 mana without any other cost than a marginal life cost (especially when those tokens have lifelink too) is too strong. 2 mana for a 1/1 Lifelink seems a bit bad, so I gave them flying. Alternatively they could be 2/2s.

Being 2 mana makes sure you cannot generate a massive army in no time that can take over the board or chump block for days.

Changing his board buff ability to also trigger on combat damage on players makes sure your opponent cannot just let the Baron hit their face without further consequences than 4 damage.

Shifting the Baron from mono- to has no innate changes to his design and it still feels like he has elements from each color with emphasis on the double . You could choose to swap the Deathtouch for First Strike or Haste, but the buff ability triggering on damage to players makes it red in nature as well.

He doesn't encompass blue that well, except for the flying part, but I don't feel like he doesn't belong in blue.

To compensate for the harder casting cost you could bump him up to a 5/5 and possibly keep the Deathtouch along with either First Strike or Haste.

I like your suggestion but would advice to tone down some of the power.

Reading the lore about the Baron it seems like he is the scheming kind that takes a back seat and first execute his plans when he has sufficiently prepared or disrupted his opponent.

Not to replace your idea but to make another similar idea that would fit his being and would land him straight into a Commander product:

At the beginning of your upkeep, you may put a Blood counter on target creature.

Creatures with Blood counters on them are Goaded. (It attacks each combat if able and attacks a player other than you if able.)

A very different take on the vampire lord, that embraces a more strategic and laid back playstyle rather than mass tribal. However it does fit rather well with aggro or control in multiplayer - Grixis is perfectly capable of both.

It does lack a vampire tribal theme but it seems like the Baron was not exclusively using vampires as his servants and soldiers. The color combination allows for many vampires to be used in the 99. If you want vampire tribal, I still think Edgar Markov is the better choice but the Baron offers an alternative.

In hindsight it may actually befit one of the Baron's agents rather than the lord himself.

Goading creatures makes your opponents destroy each other and also leaves the path open for your creatures to hammer some damage home.

Having the goading ability on the Baron (or maybe rather Agent) makes sure that the opponent can fight back by eliminating the Baron before combat. It also means that the Baron player has to invest in keeping the Baron out and alive to reap the benefits of his influence. And should he return, he regains his influence on those creatures.

Finally the active ability was a way to increase the number of Blood counters you can dish out in addition to further make the lives of your opponents miserable because they either kill off their Bloodletting creatures or they risk taking damage from them, which could become rather considerable given the active ability doesn't tap.

Considering the average amount of counters you get to put out, the life loss may need to be higher like 2 per creature to actually have a worthwhile impact. Multiple counters on the same creature are redundant.

It could be fun to include in the goading ability that creatures with Blood counters have +2/+0 to make it hurt a little more AND it may actually prove beneficial to Blood your own creatures at the expense of taking damage to the active ability and losing potential blockers. Thus it doesn't turn the Baron "off" just because your opponents choose or don't play creatures.

Finally, there are currently 4 cards that mentions Blood counters directly and none are in direct conflict with the Baron's abilities Bloodletter Quill Font of Agonies Rakdos Riteknife and Rayami. First of the Fallen .

There is no conflict with Rayami, although you may be in doubt for a split second. However cards don't keep counters on them between zones, with the extreme exception of exiling Skullbriar, the Walking Grave with a Blood counter on it.

Is it enough to warrant using another type of counter? Perhaps. Damn you Wizards... Ah well, if it is then substitute Blood counter for Corruption or Influence. Otherwise it's an extremely unique interaction.

Funkydiscogod on i need a second opinion

It's too janky, but Rakdos Riteknife + Contagion Clasp can force an opponent to sacrifice all their permanents. You'd just need to equip it to a critter and have that critter sacrifice itself to get the initial counter.

For token production, Mastery of the Unseen. It's not techically tokens, but like others have said, your options are quite limited. Throw some Zoetic Cavern into your deck to get the benefits of the lifegain, maybe?

Oh, good catch with Rakdos Riteknife. I threw this together pretty quickly and didn't notice the color identity.

Doubling Season is definitely out of my budget, especially for a silly deck destined to play in a pretty casual group. And I'm already running Luminarch Ascension.

I really like your other suggestions, especially Wickerbough Elder and Fathom Mage. Thanks!

Great looking deck, lots of cool ideas! Small comment, you can't have Rakdos Riteknife in here because the color identity is red unfortunately.

Random suggestions: You can't have a counters deck without Doubling Season! Fertilid seems like it'd be great in this deck for repeatable ramp, Wickerbough Elder as repeatable artifact/enchantment removal, Fathom Mage is always nice to draw another card every turn for free, and Luminarch Ascension can win games by itself. I feel like Lightning Greaves and/or Swiftfoot Boots would be very valuable in this deck as Atraxa is so synergistic with the rest of the deck and will draw a ton of hate.

The reaper of death, Kresh the Bloodbraided

I love all those cards, my hardest thing right now is what to take out for each card I add. Butcher of Malakir is great but I already am running a lot of higher curve guys

Ashnod's Altar and Grave Pact are both fantastic. I have been thinking about cutting Rakdos Riteknife as I think i would get more value you from either of these