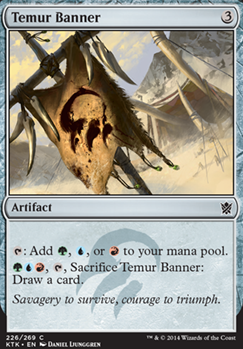 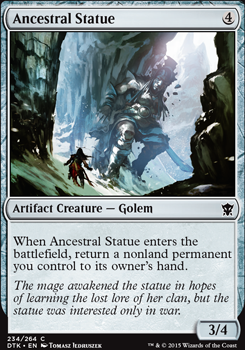 The union of the dragonclaws

Just some random thoughts, sorry for the disorder. I don't really have time to organize this atm.

You're extremely light on way to interact with _non_creatures. You're gonna feel real silly as a green deck when you're facing an Asceticism and you don't have so much as a Reclamation Sage to deal with one enchantment. Consider taking out the tapping subtheme and adding Decimate, Beast Within, Hull Breach, or similar cards. Get Cyclonic Rift in there too. You need Turn to Frog much less than more noncreature interaction. Most any creature you can target, you can steal, one way or another, and the ones you can't probably aren't numerous enough to make Turn to Frog worth it.

17/39 is a lot of etb tapped lands. Try to replace some guildgates and Smoldering Crater at least, swap them for untapped dual lands, or conditionally untappeds or basics. I would guess that, while also etb tapped, the U and G vivid lands would serve better than guildgates. High Market has great utility with your gameplan. Opal Palace is possible, it helps with Yasova's power.

FYI, you can tag cards into multiple categories, so Helm of Possession, Grab the Reins, and Demonmail Hauberk can both go under Sacrificing as well. You might want even more sac outlets and fewer steal effects. Your general gives you the second but not the first, so the rest of your deck should provide more of the first and less of the second to ensure you have one of each every turn. It seems like you can do better than Barrin, Master Wizard. What about Ooze Garden? There's always the classics Fling and Birthing Pod.

You need card draw too, and a generous amount. A hand with 4 Threaten effects is a lot worse than one with 3 threaten effects and a Harmonize. At the very least, no Tibalt please. He doesn't even count as a steal effect, he's too slow for that. Shamanic Revelation, Rishkar's Expertise, and Treasure Cruise are all options. Skullclamp can turn your enemy's dorks into cards for you, or just pump up Yasova and give her death insurance. Add some more like Elvish Mystic of your own for more consistency out of the clamp. Life's Legacy and Momentous Fall do double duty. If Yasova is out, Life's Legacy is probably better than a hand of three threatens.

By the way, OG Threaten isn't good enough to make the cut, and Kari Zev's Expertise and Act of Aggression might not be enough of an improvement.

Under your ramp package, Temur Banner should be Commander's Sphere and Nissa's Pilgrimage should be Cultivate to fix your colors. You've got a pretty high curve, so adding even more ramp and bringing down the curve would help. Better to play a spell with 80% power than have a 100% power spell stuck in hand for three turns. Think about exchanging Clone Legion, Nissa's Renewal, and one of the expensive threaten effects with Rampant Growth, Farseek, and Primal Growth which gives another sac outlet. With more cheap fixing, you can run more basics, and therefor fewer etb tapped lands.

Rancor is nice for helping the general, much more efficient than Incremental Growth I think. Stormsurge Kraken seems pretty intimidating but it doesn't advance the gameplan and Yasova herself is pretty easy to remove.

Not sure what else to remove, though. Happy holidays!