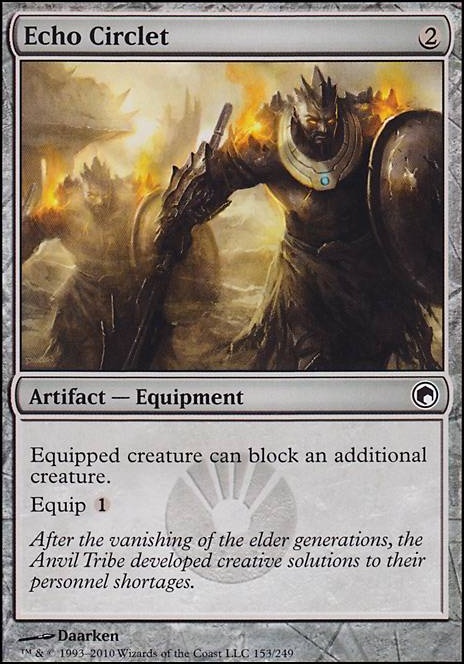 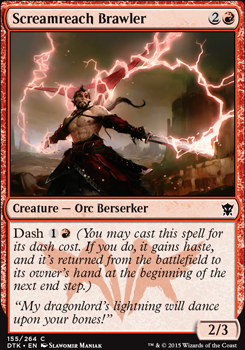 This is what I have so far: Ancestral Vision, Death's Shadow, Infinite Obliteration, Legion's End, Echo Circlet, Cerulean Drake, and Sword of Body and Mind. I need help finding more spells that can increase the power of this deck.

Rhadamanthus on What happens with multiples Nessian â¦

The key thing here is that when making attacking and blocking decisions, you have to make sure you satisfy as many requirements as possible without violating any restrictions. Attacking with 3 Boars creates 3 requirements for each blocker. Normally it's only possible for a blocker to block one attacker, but if it's possible for a creature to block more than one attacker in this situation then the creature has to block more than one Boar.

awesome concept, my man! maybe Echo Circlet can be a boon for your blocking shenanigans? Thanks for all the recent love, mate. stay frosty!

The theme is strong is this one. Awesome deck!

Maybe add a Lure to scrimp on those green babies for SoSD (or something else to let her get through). Although you're kind of already doing the same with Gift of the Deity and Destined / Lead. Alternatively, you could strengthen your game on the other side with Echo Circlet or Vanguard's Shield.

KayneMarco: As a Pauper EDH deck, you can only use one uncommon creature as the Commander, and only commons in the 99. Unfortunately neither of those two cards were ever printed/released at common, so they wouldn't be legal. =)

Echo Circlet & Vanguard's Shield for starters. Plus Cathar's Shield, Accorder's Shield also because you want to keep him untapped and able to block as well as attack. There're other vigilance enablers like True-Faith Censer, too.

Bone Saw & Bonesplitter because you don't really care about his Strength. Maybe even things like Unholy Strength and Predator's Gambit.

So I guess I'm thinking voltron. Which would include things like Bladed Pinions, maybe Flayer Husk and Sickleslicer.

Then of course Vault of Whispers and Darksteel Citadel to help justify that Cranial Plating you got there.

Night's Whisper should be here. you might like Dash Hopes for late game security, but it's probably useless early on.

I'd also recommend a LOT of recursion/reanimation, that way you can just let your commander die, then get 'em back to avoid Commander-tax. Things like Macabre Waltz, Grim Discovery, etc.

Both Exalted creatures, too? Servant of Nefarox and Duty-Bound Dead.

I'm just tossing out ideas, so maybe something there can help get you started! =)