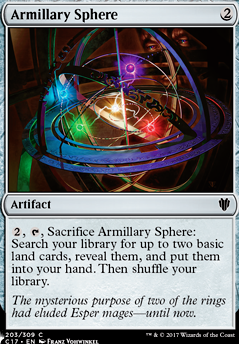 , , Sacrifice Armillary Sphere: Search your library for up to two basic land cards, reveal them, and put them into your hand. Then shuffle your library.

Armillary Sphere occurrence in decks from the last year

Rakdos Party until we die
by Zarrox 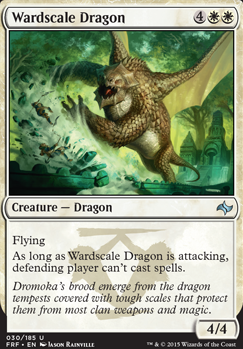 Scrap Trawler!!!!!!!!!!!!!!!!!!!!!!!!!!!!!!!!!!!!!!!!!!!!!!!!!!! Sorry, I love that card. Wish it was legendary. Also, Krark-Clan Ironworks. I don't really know what Daretti decks generally want to do in terms of comboing, but if you are interested in a really cool combo check this out: https://blogs.magicjudges.org/ftw/2018/03/19/how-does-the-krark-clan-ironworks-combo-work/. Also you might consider some other artifacts combo cards like Dross Scorpion. Also, not particularly sexy cards, but you might want to bring down the CMC of your mana rocks a little -- I, for example, have never been scared to see a Caged Sun across the table -- it just doesn't do as much as people think, and with only 26 Mountain ... well, it might not be worth the cash. I would suggest stuff like Mind Stone. Also, I've seen people put Armillary Sphere in so ... many ... artifact decks. Its not actually ramp -- it just drew you two lands. I would suggest taking it out for maybe a Burnished Hart. Always love to see artifact decks!

Armillary Sphere can be used as three color fixing.