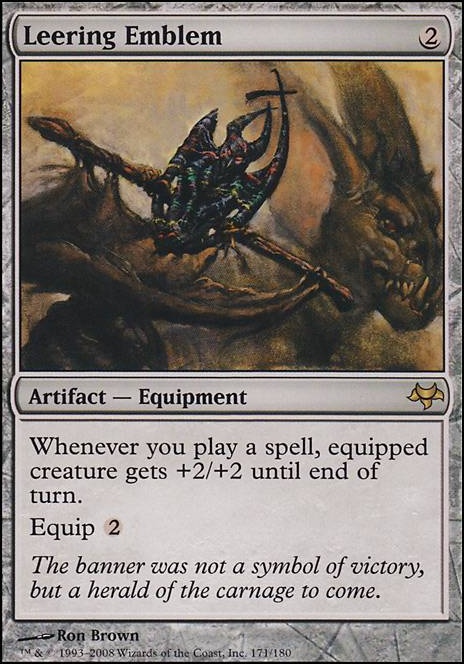 Whenever you play a spell, equipped creature gets +2/+2 until end of turn.

Feather, the Budget
by MakRoy 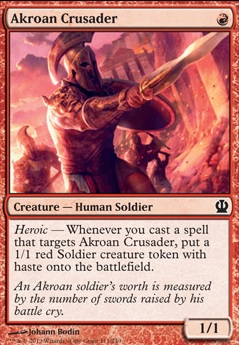 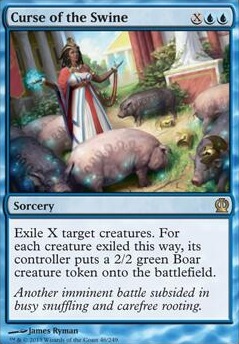 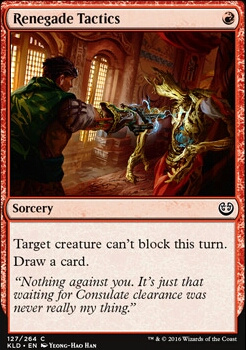 At this point, would you rule out Launch the Fleet & Goblinslide ?

Never thought of Scroll of the Masters setting off, but Iâm gonna give that a try now

Mentor of the Meek : You cast a spell, Young Pyromancer and Monastery Mentor trigger, you now have 2x 1/1 coming into play. Do you pay 2 colorless more to draw 2 cards? This is good in a token deck, but when you have a token deck you might as well be running Skullclamp where you are paying 1 colorless to draw 2 cards, way better value. Feather decks will be mana starved to begin with, spending as little mana as possible is the way to go.

Spawning Breath : This depends on what you are trying to get out onto the field. Something big with a lot of colorless? Or we you just trying to make more 0/1 creature tokens where you pump and attack? If so then this will combo off Zada, Hedron Grinder and get you a lot of 0/1 creature tokens. That is if your other tokens survive.

Leering Emblem : Run this only if you are going to go Spellslinger+Voltron. Because it is +2/+2 for each spell until end of turn. ChibiNature might be able to do the math for you to see if this is worth running in terms of CMC and equip cost.

Solemn Simulacrum : This is only worth if you are going to bounce it in and out of play to grab you lands, other wise 4 for a 2/2 is not worth.

Chandra's Ignition : Oh boy, I have a better card for you if you run tokens. Consider Soul's Fire cast onto Zada, Hedron Grinder and you having a billion tokens. It is ANY target, so even planeswalkers.

If you are going the token route I want you to take a look at Sword of Feast and Famine + Aggravated Assault or even Seize the Day cast onto Zada, Hedron Grinder for as many combat phases as you have creatures that are tapped at the moment of casting.

TwinStags Mentor of the Meek and Solemn Simulacrum are both flicker support cards. and Mentor of the Meek just isn't good for this deck, most of our other cards already draw us a card for 1, but also add to the storm counter for Aetherflux Reservoir , which is important. Solemn Simulacrum on the other hand is a fine addition, with or without the flicker package. Several optimized lists in higher level EDH run the card, and is a decent ramp creature. I just dont run it because I dont want my ramp cards to be more expensive than my commander.

Spawning Breath is just a two mana card that generates us 1 mana. Not useful by any means. Also it cannot target any of our one toughness cards multiple times.

Leering Emblem is for aggro/combat bases strats. And even then I dont think I'd ever want to tutor it instead of Sunforger or Skullclamp

lastly Chandra's Ignition is a 5 mana card that wipes our entire board other than 1 creature. Also if Guttersnipe isn't good enough for the deck at 2 mana deal 2. Than Chandra's Ignition wont ever make the cut as a 5 mana deal 3. If you want a nice boardwipe for small creatures than I reccomend running Pyroclasm

I play a puresteel cherios deck Cheap & Cherio and while it is a combo deck, it did use the Goblin Gaveleer as a combat damage option. It isn't the most consistent deck in the world but it is a fun deck. Now the cherios decks typically run 16 or less lands and use Paradise Mantle and Mox Opal to supplement this, your deck could probably drop to 20 land, since your curve is so low. In addition to those suggested by GoldenMunchkin other cards to look at are Swiftfoot Boots, Galvanic Blast, Dispatch,Leering Emblem and maybe Sweatworks Brawler.

Have fun brewing your deck!

Some cheap power boosters you may be missing out on (do take note that there really isn't any expensive versions of these effects in colorless that I could find):

Golem Artisan, Leering Emblem, Scroll of the Masters, Sword of the Chosen, Tower of Champions (very expensive, but worth?), Energy Chamber, Power Conduit (only if you altered your build use the prior card I'd say), and Puffer Extract (if you're feeling desperate)

I would recommend more "pull lands from the deck" type of ramp as well, but that is a personal preference and you my not find it works for you.

I know Voltron is typically looked down upon (120 life or 63 life depending on what's doing the damage.)

That being said I have an intentionally lower powered Samut Voltron for 6-7/10 play level and Land Tax is HILARIOUS with Empyrial Plate with Samut. Gets real lethal real fast. 8 cards in hand = GG if you can get past blockers

Anywho, just thought is was a cool interaction to mention, kinda like Leering Emblem+Become Immense