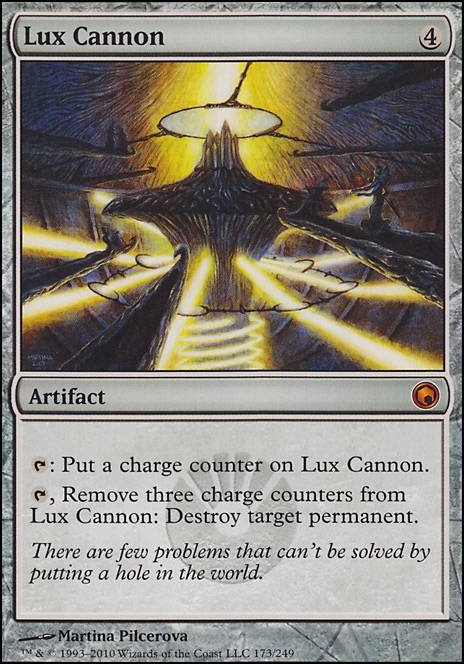 Lux Cannon occurrence in decks from the last year

Whale Wolves are in fact very efficient hunters
by Voltron3030

Kozilek, the Great Pain in the Ass
by sceptikal 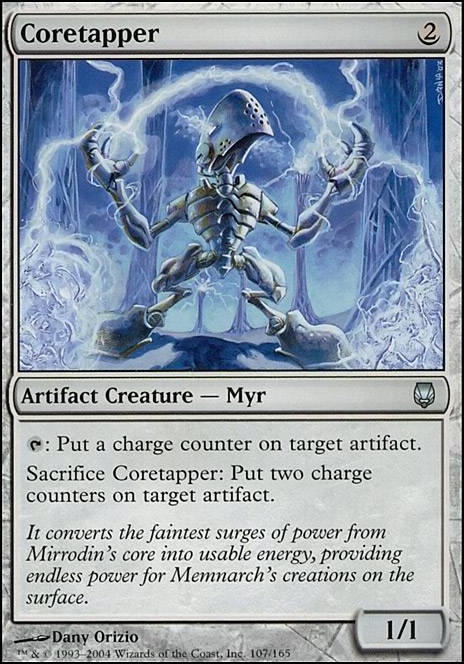 AscendedLandfalls, I appreciate you asking me some hard questions. Yes, lands are definitely the top option as most EDH decks don't run land destruction, but the only viable option (In my opinion) you've suggested thusfar is Farseek. It's a good card, but i'm having a hard time finding a place for it. What would you cut? and why.

I do have some comment for some of your statements: "since you are running Defense of the Heart and some high cmc spells, which are cards for mid-range decks, not fast decks, I wouldn't worry too much about a few lands coming in tapped since it also allows you to color fix early on, but this is also predicated on running a few more basic lands."

Thanks for the talk and criticism so far, I look forward to more from you.

UltimateRoxas40, wow i'm flattered that you took inspiration from my own deck. Thank you for that. I personally subscribe to The Progress Engine's school of thought when it comes to deck building - especially when it comes to my own Atraxa deck. So looking at your list you have a lot of different themes. The primary seem to be +1/+1 counters and infect. I think you could lean a little more into that - including cards like:

Now what would you be cutting? Well some of the less efficient cards I see are:

Bacon with a Side of Malignus. (Ilharg EDH)

Bolt Bend - Counters counterspells, redirects some extra turns, some draw, some removal. Overall versatile card which will shine in this build

How does Sundial work with Ilhrag, do the creatures just stay on the battlefield?

Chandra, Torch of Defiance - Ramp, card draw, win con all in one.

What do you feel your decks weaknesses are? How has it been playing for you?

Hey man, great deck! I know you said no creatures, but there's a combo that fits great in this deck that I think you'd enjoy, but one part is a creature. Coretapper+Mimic Vat is the ultimate charge counter combo: every turn, for just 3 mana, put 3 charge counters on any artifact you want! Lux Cannon or Titan Forge can be set off every turn, it's a lot of fun. Anyway, just a suggestion, you've got my +1 for a fun deck!

This list is a decent start but let's look at mono red's weaknesses, card draw and enchantment removal. You have LOTS of cuts to be made, lmk if you want ideas on what to cut or more things to add.

Arch of Orazca - Card draw that only takes a land slot

Commune with Lava - Can be used on end of opponents turns, usually good for 3-5 depending on how much mana you have and your curve.

Ignite the Future - Very good "draw" as it can be flashbacked

Lastly, with all your enchantments you might want to consider Crystal Chimes