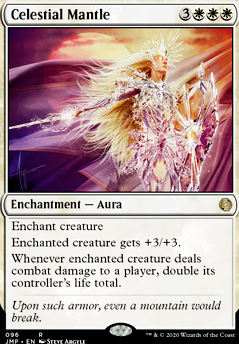 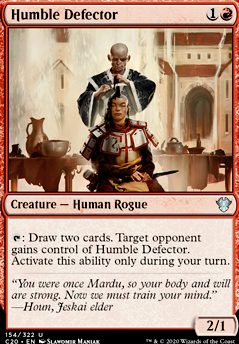 just saw a great card that can go in here. Celestial Mantle

With all this life gain, itâs fun to drain your opponents by paying Vizkopa Guildmage second ability multiple times.

Yes, because: 1- Darksteel Mutation does not affect bonuses given by other permanents (in this case the +3/+3 from the other aura) and the creature will then be 3/4 artifact insect with indestructible and 2 - whenever it deals damage, Celestial Mantle will trigger and double your life. That is because the double your life clause is not an ability on the creature rather the mantle itself. (If it was worded as "Enchanted creature gains "whenever..." then I believe Darksteel Mutation would overwrite it due to layering rules)

Notes - Gatherer - However, Darksteel Mutation does not overwrite effects that change the enchanted creatureâs power or toughness without setting it to a specific value (such as the ones created by Giant Growth or Glorious Anthem). It also wonât overwrite the effect of counters. (2013-10-17)