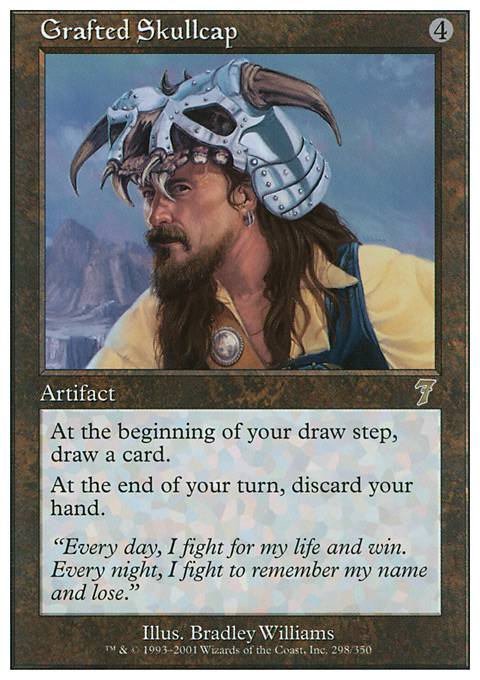 Sneak Attack reasonable cost and pretty cheap to cheat dragons from hand, i never tried because i don't like so much the idea of losing them, but it is something that caught my attention.

God-Pharaoh's Gift Don't like the cost, but the ability is interesting, i didn't even knew this card, thanks for showing, but i think the problem is losing it for the discard hand mechanics or not having the mana for casting it once it is exiled.

Etali, Primal Storm Pretty good, but not a dragon lol, i'm going to get all the non dragons out as soon as they get better dragons.

Archwing Dragon For many times i get him in and out, because i hate when i loose him to the discard mechanics.

Cathartic Reunion, Sunbird's Invocation and many options for "draw" in red i already used, the thing is i made the deck low costa dragons exactly for Grafted Skullcap, Avaricious Dragon and Sarkhan, the Dragonspeaker.

going to see your deck right now, thanks for the tips.

Did you tried Sneak Attack? Or God-Pharaoh's Gift? I think they are good way to cheat or recur your dragons. Or another Incredible red card to cheat your creatures is Etali, Primal Storm.

Since you have a lot of strong creatures I would recommend using Guild Feud. You can always choose the control player without any creatures to allow to only you to put a creature into play. Or your creature should win the fight.

Another similar card I use in my zirilan list is Warp World. This way you can sometimes cheat a lot of your dragons into play.

I would recommend using Archwing Dragon to trigger your cmd every turn.

And I rather use Cathartic Reunion or Sunbird's Invocation than using Grafted Skullcap.

lilgiantrobot: Thank you for the suggestions! I have been considering Grafted Skullcap actually but at first wasn't certain what to take out for it. After some testing though I think I've decided on swapping Hanweir Garrison for it. Too many of my own spells remove both it and the token it produces for it to feel overly impactful.

Drownyard Temple is a good choice. I had forgotten about it lol

Grafted Skullcap is like the dragon but harder to kill.

Drownyard Temple is a land that doesn't mind being discarded.

32 lands is probably not enough.

And you might have a look at cards that also care about hell-bent or enable it Grafted Skullcap.