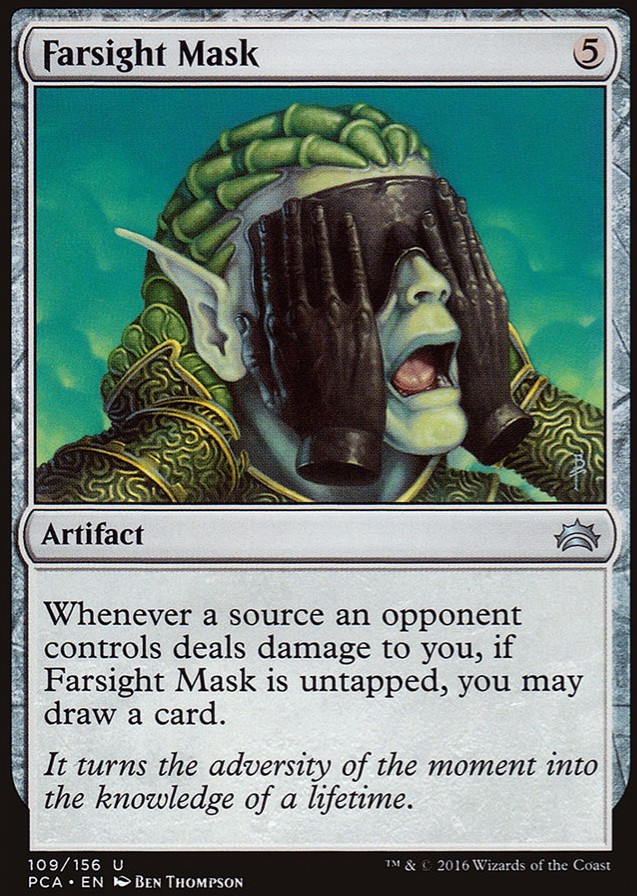 Whenever a source an opponent controls deals damage to you, if Farsight Mask is untapped, you may draw a card. 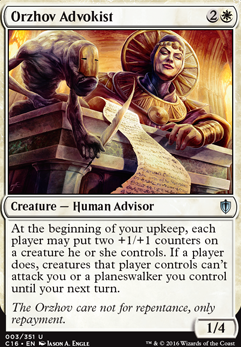 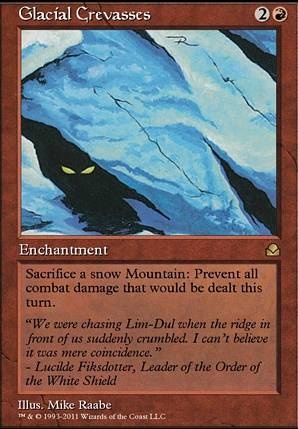 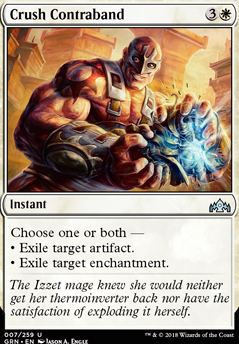 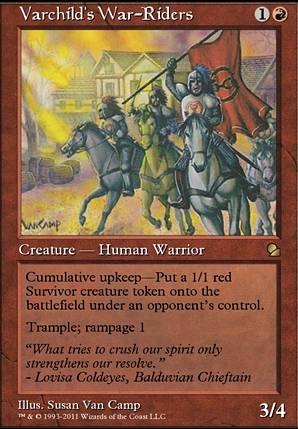 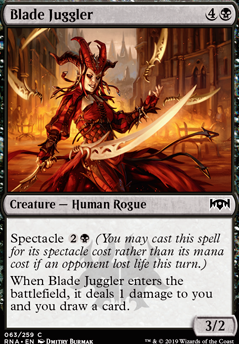 It's up to you to decide what's worth adding in. I would say you could use at least 5 of these card draw sources listed above in your deck

I'm not a huge fan of this card. Mixing it with a brainstorm effect seems smart and might be the only way to play it. I dont like it as much as some other odd card draw effects. Such as Farsight Mask witch adds a political aspect and deters others from doing damage to you.

griffstick on Secret Tech you have found!

I found Withering Boon to be a great inclusion in my mono black builds. We all know black has no problem getting creatures off the field. But it's that damn ETB effect that gets you. So that where Withering Boon shines. Rune-Scarred Demon ? Nope. terrastodon? Nope. You get the point.

Another good mono black inclusion I found myself putting in every mono black build is Imp's Mischief . This is a unique black effect that really catches people off guard. TAKING THERE EXTRA TURNS IS THE BEST.
Other neat tech I really like