Whenever Brimaz, King of Oreskos attacks, put a 1/1 white Cat Soldier creature token with vigilance onto the battlefield attacking.

Whenever Brimaz blocks a creature, put a 1/1 white Cat Soldier creature token with vigilance onto the battlefield blocking that creature.

Brimaz, King of Oreskos occurrence in decks from the last year 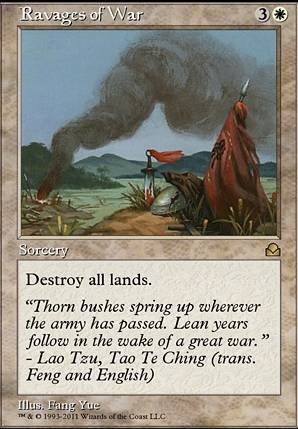 The end of my MTG career!
by WizardOfTheNorthernCoast 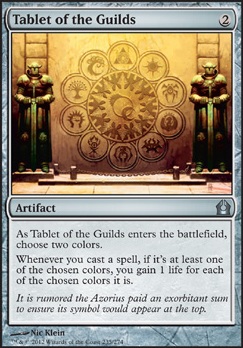 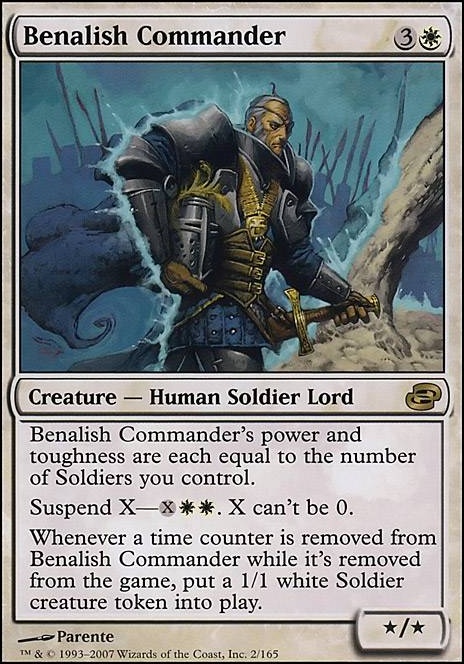 I also think that I should run 4x Anointed Procession since that gives me drawing power for that card. And I'm not too fond of having 4x Ajani's Pridemate since I already have 1x Brimaz, King of Oreskos. To me, I could do with more Pride Sovereign or Leonin Warleader or Regal Caracal or Brimaz, King of Oreskos since this is mainly a tokens deck; can't forget that. I just need more cards besides Angelic Gift that give drawing power. Not creatures drawing, but overall deck. If anything I could get rid of Invigorating Surge since it's only useful for Ajani's Pridemate which would make it who knows what P/T, but I imagine it would be GIGANTIC, and I could use it on Fleecemane Lion as well which would end up giving it +4/+4 instead of +1/+1. As long as my opponent doesn't counter or remove my cards, I will be a happy camper. This is why I think I need to draw Prowling Serpopard, but only if I'm against control decks, and its 4/3 is not a bad thing either for 3 mana.

Unfortunately, Ajani's Pridemate will not retain its counters if it is brought back from the graveyard, as far as Iâm aware the only creature in the game to be able to keep counters in the graveyard is Skullbriar, the Walking Grave. However, it will often grow pretty quickly again anyway, so I donât think this is much of a problem.

Now that youâre running, Return to Nature, Iâd be tempted to maybe cut the Watchers of the Dead from the mainboard, since you now have a far more effective form of graveyard hate. This would allow you to add the final copy of Ajani's Pridemate that I think would be better in almost every situation, but still keep the Watchers in the sideboard for when their effect is needed.

I get where youâre coming from regarding Blessed Alliance, I just feel that for a creature based tribal deck you might be running just a few too many non-creature cards, so it might be a good idea to trim back on a few of them. The deck will win with creatures, and with so many spells in the deck it could be possible to have points where you are just drawing spells, which will never be good for you. You might replace Invigorating Surge with a second Brimaz, King of Oreskos, you might decide to only run 3 Anointed Procession, since it is a (relatively) expensive card that has no immediate effect, and this might give you the space to have an extra Leonin Warleader or even a Cubwarden. These are just a few possible ideas, I have no idea if any of these seem like good ideas to you, but I think since the deck is now 70 cards, increasing the creature count might be a good idea.

Woof Meow These are my Friends

i suggest including at least 2 copies of Brimaz, King of Oreskos (even more cats)

be sure to link all cards in your question by surrounding the full card name with double brackets "[" on each side.

brimaz would still get an exalted trigger. the tokens come into play attacking, but they are not "declared" as attackers. the trigger doesn't go on the stack until after attackers are declared, which is the same time the exalted will trigger.