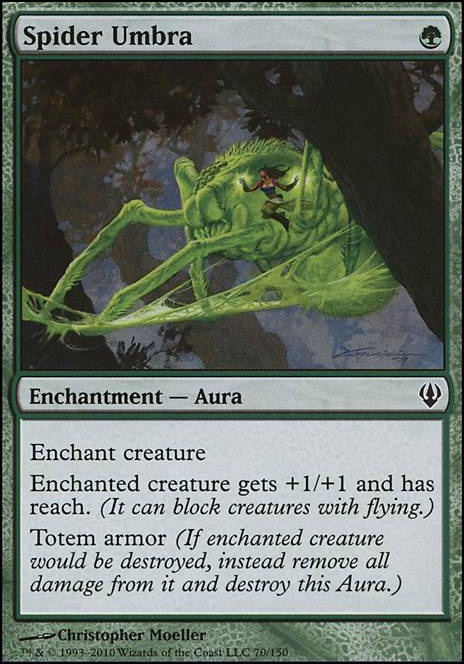 Enchanted creature gets +1/+1 and has reach. (It can block creatures with flying.)

Spider Umbra occurrence in decks from the last year

bogles in to infect
by Garnek

Might recommended Felidar Umbra or Spider Umbra over Hyena Umbra.

Oh, and Smothering Tithe is pretty great in any white edh deck. :)

Why no auras like Hyena Umbra or Spider Umbra to buff and protect Atla Palani, Nest Tender

? Maybe not playable at instant speed. But cheap and effective to protect in combination with the X=0 triggers from Mirror Entity. Not only the +1/+1 protection but also the Totem Armor is nice.