Karona: Of Gods, Shrines and Curses
by BogatyrOfMurom

Alela can still be provocative over webcam
by SatisfactionDay 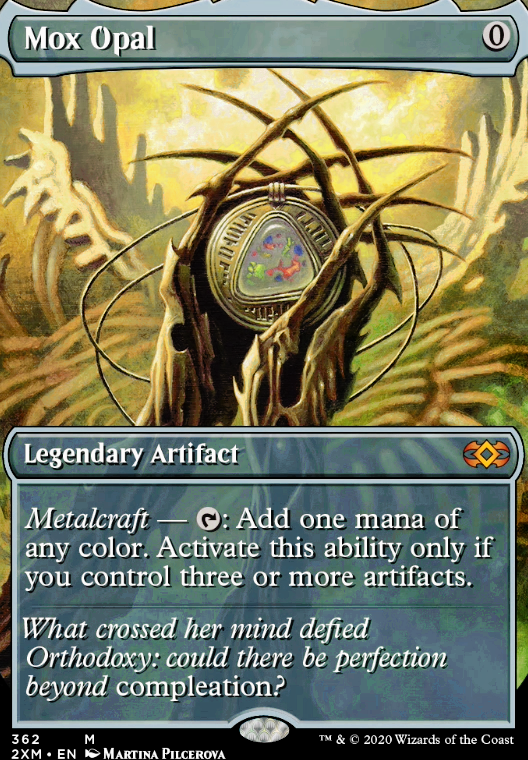 This deck contains cards not legal in modern. Counterspell, Force of Will, and Swords to Plowshares. :)

Good point, was incorrectly marked, now is casual, thanks!

This deck contains cards not legal in modern. Counterspell, Force of Will, and Swords to Plowshares. :)

I would just recommend cutting 4 or so lands and replacing them with mana rocks. Sol Ring, Fellwar Stone, more talismans and signets are all good options. You might also benefit from cutting some other things that you aren't as attached to and including some control magic like Counterspell, Swan Song, and Dovin's Veto just to make sure your big stuff actually resolves and to police the board a bit.

Neotrup on What is considered a spell?

Activated abilities are not spells. Stifle can counter bloodrush, but Counterspell cannot. It's why Disallow has to combine the text to do either.