Collective Unconscious occurrence in decks from the last year

Tree Village
by versus64 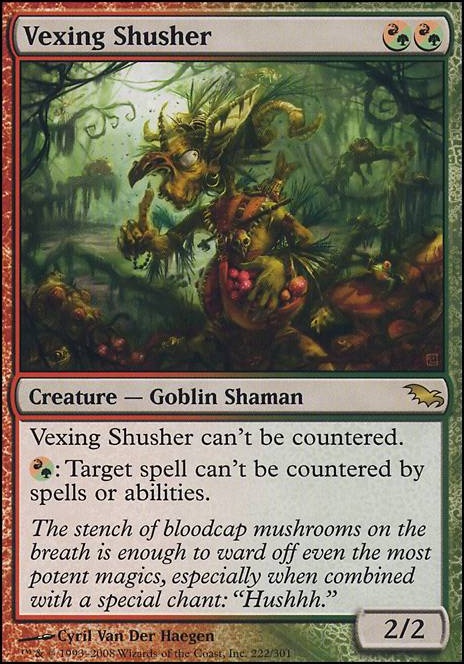 After further reviewing your deck, I have another recommendation that's far more important than my first.

You have almost 0 forms of significant card draw or ramp in this deck. Card draw and ramp are the 2 MOST IMPORTANT things in Magic. You have to include around 8-10 forms of each in your decks.

RAMP Cultivate , Kodama's Reach , Farseek , Rampant Growth , Sakura-Tribe Elder , Sol Ring , Fellwar Stone , Arcane Signet , Golgari Signet , Simic Signet , Orzhov Signet Of course some if these signets couldn't be played if you swapped to Arcades. There are plenty for his colors as well.

Either way you go, the deck will be great if you include more card draw and ramp. I hope this helps!

Even if you dont like the idea of more draw or ramp, just try it out for a few games!

Wow amazing build. This is sick. Definitely a +1 from me.

I've been wanting to build this deck for a while. You've built it pretty much exactly how I planned to build mine except for some minor changes.

My only piece of advice would be more card draw. Green has several really good ones:

And that's just to name a few! I'll definitely be saving this deck to use as a guide for when I build mine.

Collective Unconscious - Strictly worse than above but redundancy is useful

Primitive Etchings - With 1/3rd of your deck as creatures, this can put in some value.

Lurking Predators - Similar to above

Tooth and Nail - Not budget, but can tutor up Regal Force and something like Eternal Witness (add 100%) to draw bunch of cards and do again.

I see some cuts so if you want more feedback, lmk. This list seems interesting. Also, Shapers' Sanctuary is a card?! Thank you for bringing that to my attention, will go lovely in Xenagos!

Really like this idea for her as the commander, I'll look into it a bit and give some recommendations.

Tendershoot Dryad will make a saporling during each upkeep meaning if it isn't taken out fast you will end up with an army of 3/3 plants.

A good card for some mana ramp would be Growing Rites of Itlimoc  Flip flips I to a large source of mana that can be very beneficial with all the tokens you intend to make.

Shamanic Revelation costs 1 less than Collective Unconscious and has the potential upside of making a lot of life for each creature with power 4 or more.

Oran-Rief, the Vastwood is a good land for after you make a lot of green tokens because it will put a counter on each one that entered that turn.

Beacon of Creation will give you a large board late into the game and will shuffle back into the library after being cast.

Bow of Nylea is a cool card that can make your creatures difficult blocks by giving them all death touch as well as giving you some value with the tap ability.

There is obviously Doubling Season , Parallel Lives and Primal Vigor but those have all gotten pretty expensive over time.

Instead of Sylvan Library and Alhammarret's Archive , you could go with Fecundity or Collective Unconscious , or Howling Mine for extra draws per turn (although it is group friendly). Putrefy is still decent Golgari removal. Plague Wind is another one-sided board wipe. I like to run Naturalize at times, too.