Stormsurge Kraken occurrence in decks from the last year

Unleash the Whatever
by FreedFox 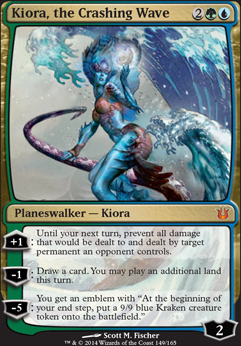 The Slumbering Kraken
by maxon

as someone who is obsessed with lieutenant cards I love what you've done here, kinda surprised you don't have Stormsurge Kraken in the mix...

Quicksilver Fountain is another way to turn on islandwalk and slow down opponents' at the same time.

Being able to connect consistently with combat damage opens up some fun avenues to explore. Coastal Piracy and Bident of Thassa for card advantage; equipment like Sword of the Animist, Quietus Spike, Bloodforged Battle-Axe, Dowsing Dagger  Flip, Mask of Memory, Prying Blade, Rogue's Gloves, Specter's Shroud, and Spellbinder all give different options depending on what you feel you need more of; and for redundancy Thassa, God of the Sea is clutch.

I cannot imagine merfolk do not engage with sea monsters and they would definitely give you some late-game push. Ones that spring to mind are Scourge of Fleets, Stormsurge Kraken, Slinn Voda, the Rising Deep, and Stormtide Leviathan.

In addition to your pillowfort pieces I would also consider AEtherize to bounce an attack and Equilibrium to bounce threats as you play your merfolk.

Throne of the God-Pharaoh could be potent with all of your sideways turning. To complement this fact and reinforce merfolk's weaknesses (aka aerial anything) vehicles could work. Smuggler's Copter comes readily to mind.

I feel you need a couple more big things. A Stormsurge Kraken is cheap and effective and works great with zegana, drawing a bunch of cards on curve. Stormtide Leviathan is big and scary and cheap and counters ground creatures. In terms of no max hand size Praetor's Counsel is your go-to card - not only do you rebuy your counters, you do not have to discard them. Also there is a colorless mana rock that gave you no max hand size, but the name eludes me.

A big upgrade would be something to allow you to flash in stuff, at least creatures. Teferi, Mage of Zhalfir, Leyline of Anticipation, etc.

You can easily cut unimpactful stuff like high tide and paradoxical outcome.

Arby_Q on Making her more degenerate

Deadeye Navigator is great with Zegana. Stormsurge Kraken and Gigapede are nice too, because they come out a turn before Zegana, give a lot of cards with her, and are hard to remove. Adding Great Whale and Palinchron gives you a way to make infinite mana and draw your deck with Deadeye as well.

Big, high CMC creatures are totally unnecessary. Zegana works much better with bounce/blink effects to draw more cards for less mana, through spells like Ghostly Flicker, Displace, and Illusionist's Stratagem. Since you want to win through combo anyway, there's no reason to have Eldrazi titans, Ghalta, or Myojin in the deck. Those flicker spells also combo with Great Whale/Palinchron and Eternal Witness/Archaeomancer to make infinite mana.

Your countermagic has really high mana costs. In my opinion, Miscalculation, Mana Leak, Spell Pierce, Arcane Denial, and Memory Lapse should all be used before any 3 mana counterspells. That being said, Forbid is super gross with Zegana as your commander. Also, Scour from Existence is terrible.

Chord of Calling, Worldly Tutor, and Green Sun's Zenith would all improve consistency. Woodland Bellower and Fierce Empath can help get you to your first big creature.