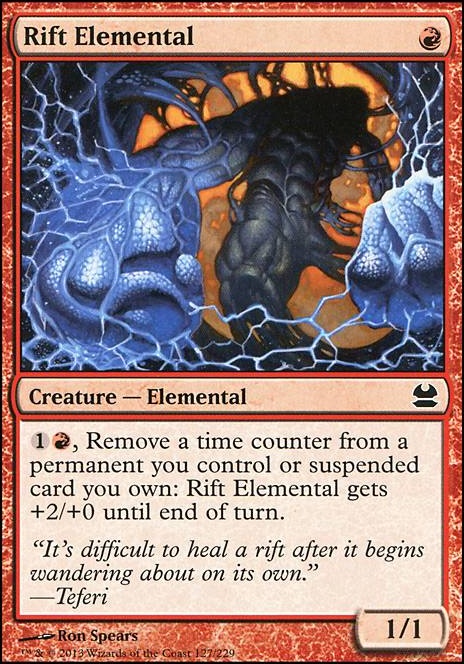 (1)(Red), Remove a time counter from a permanent you control or suspended card you own: Rift Elemental gets +2/+0 until end of turn. 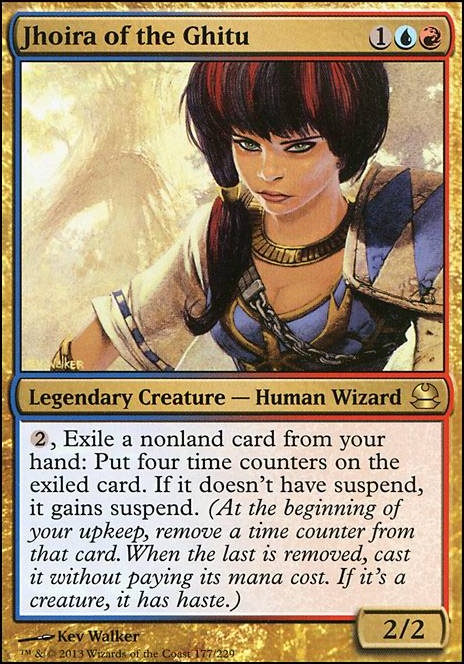 The suspense is killing me
by Gristicle 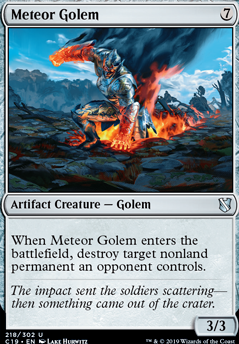 Jhoira of the Ghitu
by gronborg

don't forget about Rift Elemental like the deck! jhoira was my first build. Legends Of Izzet (legendary tribal)

Hmm, could have sworn I had Rift Elemental in here. As for all the others, I had to make HUGE amounts of cuts when building this deck. Which means that odds are most of these cards were in the deck at one point or another (or is looking for a spot). Thanks for the suggestion!

Hi, mate. Looks like you need help with the deck and I have some spare time so lets get to it.Firstly I think you have too many creatures, some of which don't have good synergy with the deck idea, mainly Flameblast Dragon, Jhoira's Timebug, Mercurial Chemister, Rift Elemental, Shivan Sand-Mage, Timebender. Some of those remove time counters but are just weak overall.I also don't like the wall cycle, the tempo gain from blocking a big creature is negligible in a multiplayer format and your wall still dies, I'd replace those too for say a Propaganda. Archivist can be replaced with Arcanis the Omnipotent same mana from jhoira, 2 more cards.

As for the spells Clockspinning, Fury Charm, Mana Leak and Timecrafting don't go enough to warrant a place in the deck and i think you should try to replace them with some kind of draw spells or counterspells without unless they play etc. Think Counterspell or Cancel

About the land base: Faerie Conclave, Looming Spires Soaring Seacliff are simply basic taplands that will slow you down immensely. Magosi, the Waterveil Shimmering Grotto Thespian's Stage don't do enough either. If you are solid on keeping Magosi, the Waterveil you need to add something to proliferate in order to get free counters instead of keep skipping turns. maybe Contagion Engine but it won't remove counters from suspended cards so its pretty much only for this 1 card.

For spot removal you can add Chaos Warp or maybe a Pongify for something especially nasty. Otherwise counter spells should be fine if someone targets you, and you should have the mana open anyway since you dont need to cast anything on your turn.

Lastly I'd put Drift of Phantasms just for the transmute ability to get Paradox Haze. Its one of my favorite cards and in your deck it will work wonders. Hope my advices will be of use to you and if you have any other questions feel free to ask. Cheers :)