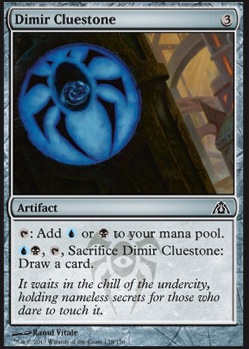 Dimir Cluestone occurrence in decks from the last year 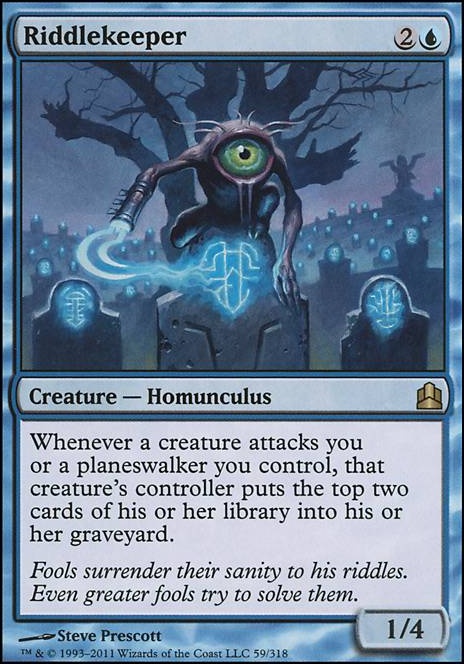 The Scarab God (Budget)
by monsterchief

Ramses the ruthless
by Feyyore

Mill Me Until I Cry Daddy

+1! I love the deck, however, do you think more ramp could help drop things faster, like Talisman of Dominance, Dimir Cluestone, Commander's Sphere, Worn Powerstone, Fellwar Stone, and Mind Stone?

Your deck looks like very good, I also have a Gisa and Geralf Commander deck and I like it a lot. So, I can give some suggestion based in the deck that a use:

Kira, Great Glass-Spinner could be fun for protection. Ensnaring Bridge as well.

You have 34 lands and only 4 rocks. I'd work on that manabase - generally the average deck should run 40 mana producing lands, and you can reduce it by 1 for each Rock you have. Dimir Cluestone Seer's Lantern and Commander's Sphere aren't the best rocks either. Maybe Gilded Lotus or a Thran Dynamo would be good. Coalition Relic and others are better choices than the rocks you have, imho.

If you like the Longbow, also check out Neko-Te - longbow does 1 damage to a creature, Neko-te makes that creature no longer untap.

Also Quietus Spike may be worth having being creature heavy.

One more thing, if it's not too much trouble. I've been learning about the suggestions formatting so I'm going to list them again just for that reason. Hope they all helped!