Whenever another nontoken creature enters the battlefield, you may pay . If you do, that creature's controller creates a token that's a copy of that creature.

Bramble Sovereign occurrence in decks from the last year 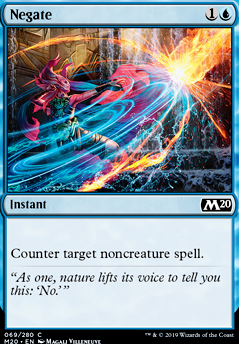 A Timmy Control Deck?
by MagmaArmor0

Long time no see! Thanks for your nice comment on our page (and the upvotes). We love this deck you've made. Would Vizier of the Menagerie be a nice addition? Granted, his power 3 makes him not synergize with Goreclaw's cost reduction, but the extension of your hand-size might be worth it. Also, Prowling Serpopard seems like an auto-include to annoy opponents using blue (and she DOES synergize with Goreclaw). Last but not least, we would consider Bramble Sovereign because her special ability is absolutely insane and Regal Force because you have so many creatures in this deck that casting this will most likely let you end up with a very full hand of cards.

Keep up the nice brewing! Regards,

Something you can consider is how to be able to reuse or return Biovisionary or any other card should it be removed. Considering you have so many ways to make copies, Feldon of the Third Path could allow you to "return" something from grave and still abuse of it. Keep in mind while the Feldon artifact copy would sac itself, additional copies of them wouldn't have to apply this sac condition. This works well with any other ETB creature/effect you may already be running to gain additional value. Phyrexian Metamorph additionally seems like a worth mentioning clone, as it allows you to have more than just creatures to clone. If you still want to aim the deck towards fun interactions while packing some power, Bramble Sovereign works wonders. It can allow you to make multiple copies of things you want or buy you some allies by making them have extra creatures.

I should also mention I at least never find Swiftfoot Boots to be to helpful when compared to Lightning Greaves and in a deck where mana is important for spells and clones, I'd rather cut it and run some more value or threats than it.

I think Bramble Sovereign is too good to cut; I just had a game where I copied Nyxbloom Ancient, and I had to check rulings to confirm, but I was indeed multiplying my mana by 9. My Gaea's Cradle was tapping for over a hundred mana at a time.

Problem is, I don't know what you'd cut from your current list. I ditched Scryb Ranger a while ago; that card has never worked out for me. If I absolutely need that effect, I have plenty of ways to search up Quirion Ranger.

Thanks for all of the suggestions! Iâve decided to cut Aggravated Assault for Breath of Fury . It can be really nasty with Ghired just attach to rhino, attack with rhino and ghired and populate, sac rhino due to breath and reattach on new rhino rinse repeat.

I have graveyard recursion with Feldon of the Third Path and Mimic Vat and I have tried Bramble Sovereign before and it was just too slow and better options were there. Thanks for the upvote though :)