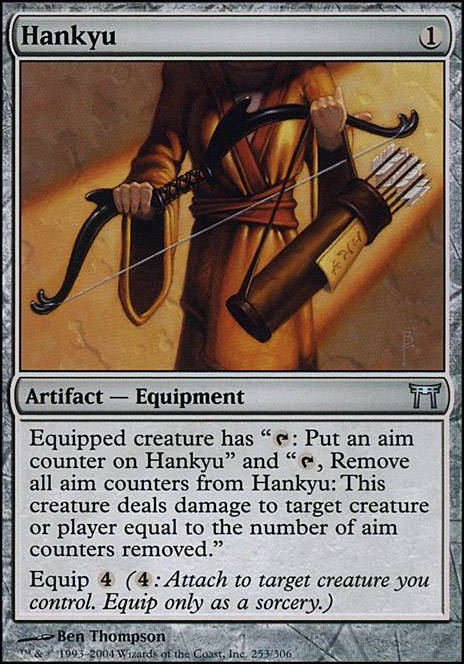 Equipped creature has "Tap: Put an aim counter on Hankyu" and "Tap, Remove all aim counters from Hankyu: This creature deals damage to target creature or player equal to the number of aim counters removed."

Equip (4) ((4): Attach to target creature you control. Equip only as a sorcery.)

Dark Souls I: Prepare to Theme Edition
by MoisticalTutor 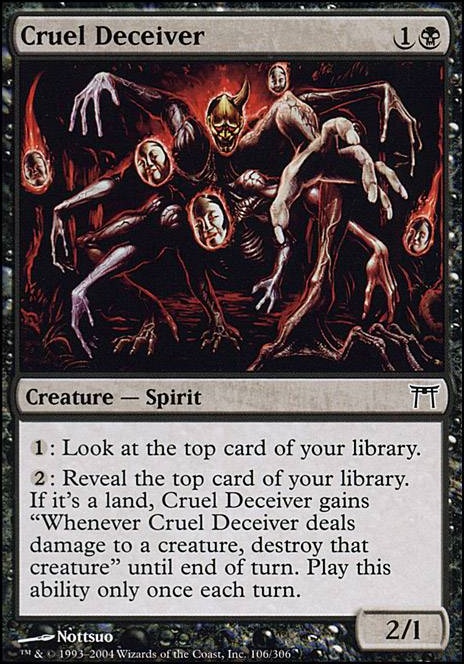 Atraxa Infect (do you hate me now?)
by kellenstrive 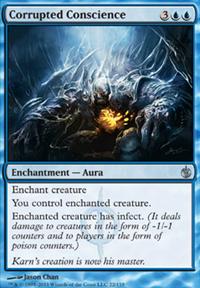 Dude I had a similar idea to this before!! :D Check out Hankyu and Viridian Longbow and Bow of Nylea

I like how well this fits together. I immediately gravitate towards optimizing the infinite (just because that's where my brain goes - and machine gun Rhonas is cool) Illusionist's Bracers and Hankyu come to mind - and I'd definitely include Wolfhunter's Quiver too

@tjgangl: Thanks for your input! This deck doesn't really care about which equipment ends up in my hands though. I need to get Sram, Senior Edificer out and try to cycle through my deck (preferably also having Puresteel Paladin and/or Alhammarret's Archive). Win is achieved by either getting 1. Aetherflux Reservoir online, 2. attacking with a huge Paladin (Blade of Selves for Multiplayer) or 3. continued activations of Hankyu/Wolfhunter's Quiver using Paradox Engine.

Everything else either helps assembling combo pieces or providing enough mana.

KUW on What are some cheap artifacts â¦