Rootbound Crag enters the battlefield tapped unless you control a Mountain or a Forest.

Riku, One for Two
by TetrAggressive 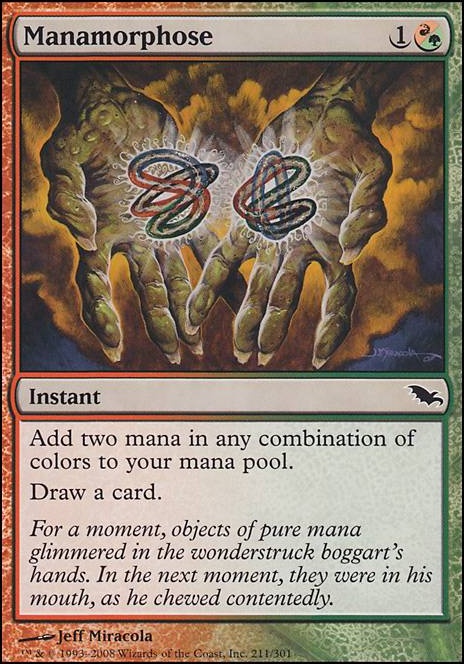 Lands of Creation
by Zypharia

Omnath, Locus of the Roil
by TableSaltDom

The check land cycle doesnât support aggro decks since they typically run on fewer lands and canât get a t1 untapped.

Meanwhile the fast land cycle doesnât support control or midrange style decks, since they want more than 3 lands and will enter play tapped after that point.

Shock lands provide the best of both worlds while not being overly powerful.

Zendikar Rising spoilers has started, and in the tradition of all Zendikar sets, it's time to reevaluate the lands matter decks.

Some updates: Zuran Orb out for Exploration. Decree of Pain out for Toxic Deluge. Bringing in a Heroic Intervention as well, in place of Price of Glory. I want some more interaction. Deflecting Swat is something I am currently very interested in. The new blue enchantment means I need to add a lot more enchantment hate. I am probably going to cut Mina and Denn, Wildborn for an Oracle of Mul Daya.

I am looking to revamp the mana base some. Cut cards like Rootbound Crag and Karplusan Forest for more basics. I'm gonna add some snow basics, and also cut one of my 3 mana ramp spells for an Into the North.

Comments about the new cards:

The new landfall extra combats is powerful but not what this deck is looking to do. I don't have many creatures, and most of the attacking ones are already heavy at the top end.

I am in love with the new double faced cards that are spells/lands. However, most aren't what I'm looking for. I am extremely happy to add these to my other decks, especially those with Karoos/Ravnica bounce lands, but I don't have those in this deck. The red mythic might go into this deck, as an untapped land and potential removal spell, but I haven't decided.

The new not-Avenger of Zendikar is interesting. I need to go more basic heavy for it, which I am already working on revamping the mana base. I have found myself a bit light on blockers recently, so another effect like this is not bad.

I am kind of surprised to say it, but so far my lands matter deck might not get much from a Zendikar set. Obviously the set isn't spoiled yet, and I fully expect a green mythic flip land will find it's way here.

Fair enough, but then Iâd definitely swap out Copperline Gorge for Rootbound Crag. With only 1 copy, you wonât be drawing the gorge in your opening hand very often, so being able to play a dual that is unlikely to enter tapped is the better option. With 11 potential forests in this build, odds are good the crag wonât be entering tapped whereas the gorge almost certainly will.