Whenever a creature you control dies (is put into the graveyard from the battlefield), draw a card.

-9: Each opponent chooses a permanent they control of each permanent type and sacrifices the rest.

Varina, Queen of Control
by Thescreamingpizza 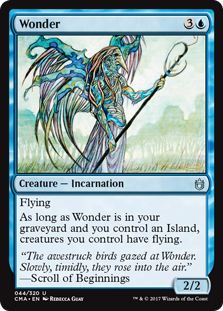 I think you should also add both Liliana, Dreadhorde General and Liliana, the Last Hope as they are both important to her history The last as when she enter the gatewatch and started her road to being a slave of bolas and end up be the dreadhoarde general which started her becoming a multi-verse fugitive and have to hide, fake her death and change her name

With all this sacrificing going on I'm gonna suggest Liliana, Dreadhorde General

I think this looks like a pretty good deck. You've got enough board wipes, and Agonizing Remorse is great for protection as well.

I've tried playing with Liliana, Waker of the Dead but I just never want to discard that many of my own cards. And that was even when I was playing with Bond of Revival. Ugin, the Ineffable I think would be better and help to cast the spirit dragon. He also teams up with Liliana, Dreadhorde General as his tokens get you double draws when they die.

Because you aren't running any more than 2x any of the plainswalkers it would be nice to have Grim Tutor if you have it.

You have two copies of Ministrant of Obligation.

Liliana, Dreadhorde General is a must.

Elenda, the Dusk Rose should not be in the "maybe" but rather in your deck.