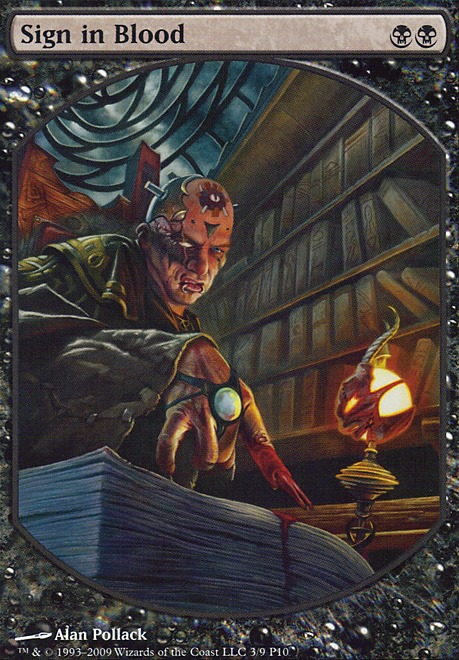 Don't get snarky with me.

I think kobolds with new abilities would be cool if they came back. Having 0 power but 1 toughness is an excellent design space to experiment with. Kher Keep itself is a decent enough land, although compared to Prossh it pales. The kobolds of old are cool enough but with modern day options like Memnite and Ornithopter they just don't work as well as they used to. And yes, while many combos exist with the kobolds, there are easier ways to set up these combos.

Love this deck, itâs so fast and simple. How about Galvanic Blast? Might be a good addition here. And maybe Frogmite, Cranial Plating, Memnite, Welding Jar? (Not budget)

Block me if you can

Hey there! I play competitive Yuriko, the Tiger's Shadow chek out my deck Ninjitsu!

I'd say your biggest thing is getting better mana base even if the etb tapped, there are some lands in the $5 range that can enter untapped as well like Sunken Hollow, Tainted Isle, and Choked Estuary!

Some spicy includes would be Blinkmoth Infusion, Thassa's Oracle, and Doomsday