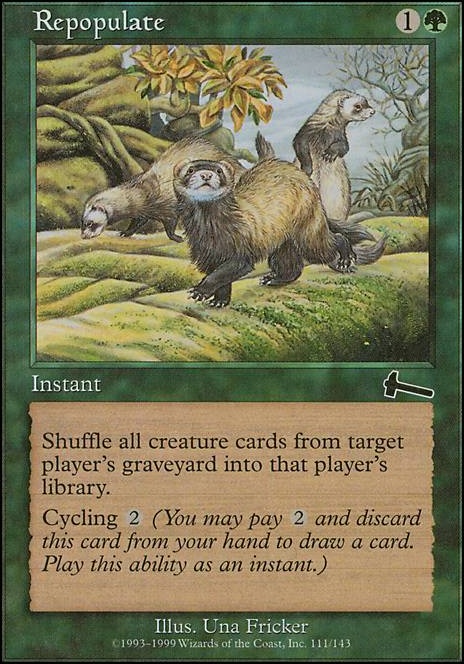 Shuffle all creature cards from target player's graveyard into that player's library. 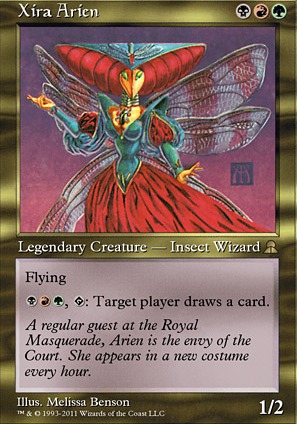 Archetype of Saprolings
by Tvansad

Atla, Mother of all Big Shit.
by brosmanj

No Astrolabe? No Problem
by Snogglesworth 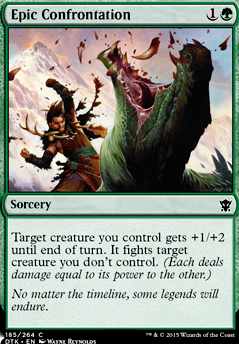 Repopulateâs artwork alone earns you that +1

EdhOutlaws I am definitely going to try Ezuri, Renegade Leader as my commander for a change. I am trying out Repopulate in place of either Regrowth or Reclaim just in case of board wipe.

one strategy that works ok if you are the more aggro deck, is if you are on the draw turn one opening hand; Ulamog's Crusher Plains Barren Moor Exhume Tranquil Thicket Repopulate Secluded Steppe and draw anything like Edge of Autumn or something good like Miming Slime, go to your end step turn one discard Ulamog's crusher, turn 2 drop barren moor, turn 3 plains exhume, crusher!

besides Put Away and Repopulate, there's Feldon's Cane, which was printed as a Common in Chronicles... if you're playing paper, that is. Sac' the cane in response to a sacced Relic.

Please take a look at mine, would appreciate the feedback Obligatory Meren Deck

Hey, thanks for the recommendations! It's definitely crossed my mind, but I'm unsure of what I'd want to take out for it. I see the potential for the zombie chains it could cause, but as a 4-mana non-creature that doesn't do anything on it's own, I haven't found something I've been willing to pull out for it yet- what would you pull out in my place?

Currently, I haven't! There's very little graveyard hate in my current meta (I'm hoping my deck forces them to change that). Riftsweeper lived in the deck for a time, but was more of an answer to things like Swords to Plowshares than graveyard hate. The cards that truly threaten my graveyard are the ones that go off immediately, such as Tormod's Crypt. The benefit here is that the majority of the time, these are one-off effects. As I'm not playing combo, no individual card is worth enough for me to worry about losing, even if I am losing 10-20 cards from the graveyard at a time. The cards that I typically have to worry about are those with a persistent PASSIVE effects, such as Anafenza, the Foremost, Rest in Peace, etc.. Since I have a modicum of control over WHEN I'm self-milling, I'd rather use the precious card slots in the deck to provide answers to the persistent effects (supplied in the form of Go for the Throat for creatures, and Krosan Grip for non-creatures, among others). The additional point to this is that the cards I'm currently using have alternative instances in which they're useful as well, which I believe outweigh the general benefit of cards like Repopulate, or even the speedy Noxious Revival.

TL;DR is that I'd rather be reactively dealing with the card that's causing the problem permanently, instead of temporarily mitigating it's effect, if that makes any sense at all.

I definitely appreciate the thought though, and welcome any counter-argument you might have for the above!

Have you considered Path of Discovery? I'm liking it in my Meren deck and I think it would be even better here.

Also, other than Stronghold, have you considered other sources of Graveyard hate resiliency? Ones I'm considering myself are Bow of Nylea, Repopulate & Riftsweeper.