(Black)(Black)(Black), Remove Balthor the Defiled from the game: Each player returns all black and all red creature cards from his or her graveyard to play.

Balthor the Defiled occurrence in decks from the last year 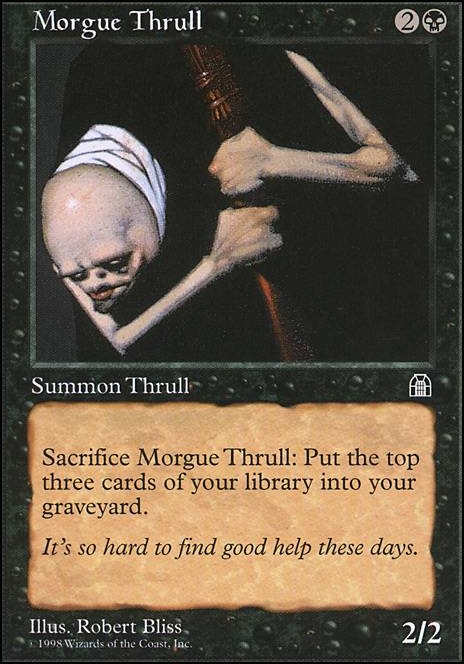 Have you thought about adding some more mass recursion in? I love Balthor the Defiled, Living Death, and Twilight's Call for my mono black aristocrats deck.

I know you are looking for cards under $10 but you also might want to keep an eye open for a Patriarch's Bidding. This card is incredible in my tribal deck and it looks like it could be great here too! It's possible to find them for less too; I found mine for $13 because it was well used :)

Spirit of Xmas Past

Grave Betrayal -> Mortal Combat : Better alternate wincon since I'm not running a ton of removal and combos well with Syr Konrad and the large amount of creatures I'm running.

Noosegraf Mob -> Syr Konrad, the Grim : This decision was between Noosegraf Mob and Marionette Master. Noosegraf seemed the better choice to cut since Marionette makes 3 tokens on ETB as opposed to waiting for players to cast spells. Syr Konrad is a good alternate commander for this deck and pairs well with the theme to dish out some damage.

Champion of Stray Souls -> Living Death : Tough decision since this feels like a good home for Champion of Stray Souls, but it costs so much to get out and use it's ability. I'll still try to get him in the deck, but unless I cheat him out with Hell's Caretaker or something similar his cost is hard to justify. Living Death is an all-star recursion piece and works well with Grave Pact-like abilities.