: You may return another target creature you control to its owner's hand. If you do, Temur Sabertooth gains indestructible until end of turn.

Temur Sabertooth occurrence in decks from the last year 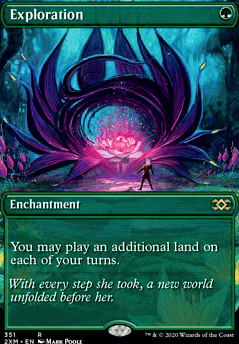 So to clarify my first answer - your opponent gets to decide, but they can decide between Otrimi, the Ever-Playful and Temur Sabertooth. They will likely choose the worse of the two, so you will most likely end up with a 4/3 cat shapeshifter.

If my opponent has Otrimi, the Ever-Playful mutated on top of Temur Sabertooth and I cast Duplicant targeting otrimi, which card is used to determine the power and toughness of duplicant. Duplicant says the last creature exiled with it, but as far as I can tell both cards are exiled together as one card, then become two separate cards when they land in the exile zone.

Ok, that clears up the pond much more, thank you.

In that case, some strictly good copy/clone targets include:

Let me know if any of these help at all!

Reznorboy on The Secret World

but assuming that it's in between Modern and Standard in terms of power level, I assume most games will be over by turn 5. Assuming.

I looked at the deck and you will not be able to win at that rate, primarily because even the key combos using Animist's Awakening requires mana to do, because it costs a green and puts a maximum of one mana out per one mana in. I looked and saw that Nyxbloom Ancient is legal in Pioneer. I think the only way you could viably make this work in a combo sense is if you were to first get Nyxbloom Ancient out and then start using Animist's Awakening and draw spells like Opt to get more and actually combo to win.

As an all-out combo win-con deck, I unfortunately do not think it is possible to storm for a win in this format with these cards.

It is possible you could make a control variant, however, major changes would be necessary.

The closest thing to what you are trying to accomplish that I know (or at least think) does work is combos using Auspicious Starrix and Temur Sabertooth in order to mutate the Starrix, get lands off the top, (you would be playing a lot of lands), and then bounce mutating creatures back with the sabertooth to do it again.

SimicVisionRy on REBIRTH OF THE STORM!

As a personal advocate for green storm, firstly, I congratulate and praise you for your loyalty. Secondly, as far as combo is concerned, let me donate some knowedelge from the same sages who taught me the ways of the wilds:

To begin, as you listed in your first comment, Temur Sabertooth is a fantastic green bounce effect that also allows you to protect itself, which is always nice. For another good body with bounce effects, maybe try Kogla, the Titan Ape!

Then, I would like to list Yeva, Nature's Herald as she is just fantastic. Just read her. Very noice.

Also in the league is Umbral Mantle, Sword of the Paruns or Staff of Domination which combined with any mana dork that adds at least 4 mana, (for maximum effectiveness), makes infinite mana.

For an outlet, I'd recommend the classic Walking Ballista.

I know, there are a ton of artifacts that are doing the work, and not neccessarily the green creatures, but I figured I'd still list some good combos! Hope this helps!

I suppose Temur Sabertooth cuts out the whole middleman, needing only the mana dork, untapper, and East Tree to go inifinte. So that'll be an option too.

And Weatherseed Treefolk can work instead of the Invasive Species, by picking up the Krotiq from grave if we sac in response to the East Tree trigger.