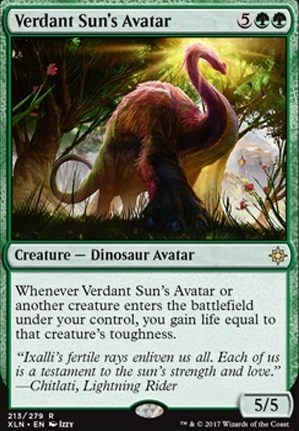 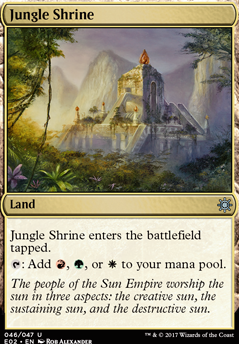 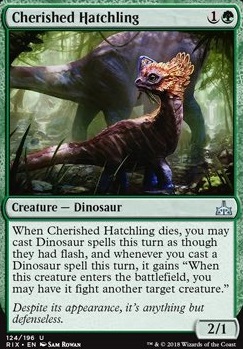 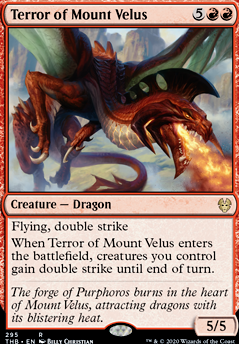 Thanks for your comment! Iâll try to help as best I can. At least giving my best reasoning to help you make a more informed decision for what you might end up including. There are certainly other great options that I might not have mentioned yet.

#1 I donât feel they are that redundant as they tend to do different things for me at least. I like Flame Sweep for decks with weenies and slowing down Mono Green/Gruul. Itâs been nice slowing down some Mono Red but theyâve gotten pretty big. Getting rid of all the mana dorks and often times Pelt Collector before he hits 3/3. Sometimes casting it in response to its second trigger before the counter is put on. Instant speed has been very useful for combat tricks, gain extra value from added Enrage triggers. Great for the surprises, great for small creature sweeps.

Solar Blaze has been fabulous against Mono Green or Gruul since those can get out of hand with large creatures very quick. Usually the early stuff I end up playing Iâm my lists is going to be bottom heavy. Solar Blaze fits in wonderfully that way, rarely killing my own guys.

I just like using some combination of both at times. Having lots of wipes feels good for the value that often comes from Enrage. The fact that very few of my own guys die from them is great plus as well.

It really depends on what the opponent is playing, what is is you opening hand with that Solar Blaze. At times Iâve had more even P/T Dinos but currently the majority of the creature base is bottom heavy so Iâm more likely to hold onto it because of that.

#2 Sort of continuing on from the previous question, yes with Domri out all your creatures would be killed by Solar Blaze. At first glance Itâs certainly not the Planeswalker youâd want to be playing alongside it. Iâve found Domri doesnât last very long anyways so you might get say, 2 Turns out of it. In which case that works nicely when following up with Solar Blaze. Other times I just plan to (+1),(-2),(-2). Casting SB that third turn after he dies. Thatâs just some rough thoughts but I wanted to highlight how I play around that seeming drawback. They blow removal on Domri? âThanks! Now Iâll just play Solar Blazeâ.

#3 Yes, your partly right as to why I like it. Being able to dodge sweepers and various other things is awesome. Especially Supreme Verdict! Haha. I consider it even more versatile though.

Say the enemy is swinging in with some of their creatures while youâre low. Confronted with a choice of block or lose. Eerie Interlude would turn this situation around! Possibly leading to a game winning swing on your next turn due to them being more open. The main idea is to cast it after youâve declared all your blockers, BUT before passing to damage (hopefully spreading them all out to each attacker).

This negates the damage between those creatures it simply doesnât happen. Then there is the bonus of Enrage triggers when they enter again during the End Step. Bam! Now it your turn, you stopped what would have been a lethal swing with a little fake out, didnât lose any creatures and likely got extra value to boot! Since they came down during the opponents End Step, everyone is primed and ready to attack.

This would only work so often though as most opponents would learn fairly quick and probably attempt to bait out Eerie Interlude. Then things become even more interesting.

It could possibly be a nice later game play, say Turn 6 at the end of the opponents Second Main you cast it with Regisaur Alpha Ripjaw Raptor and Ranging Raptors out to Draw, Ramp and get another Dino Token.

For the fact of its value, versatility and chance of it getting baited, I like 3-4 in the main if I use it. It certainly could go in the Sideboard as well though it has/can work well against a wide range of decks for various reasons and is rarely a dead draw.

#4 I have definitely considered The Great Henge! I donât use it at the moment due to drawing multiples feeling pretty bad. Itâs very good for sure and Iâd want to see it consistently by putting 3+ in the Main. However I prefer Embercleave for a few reasons. Firstly it has stolen many games, leading to a win off its surprise cast after blockers have been declared. Secondly it gives the important Trample which can be quite lacking for Dinos. Chump blocked for days.

Itâs great use on the key player, Marauding Raptor is one of my favourite points. Heâs naturally getting big during a number of turns but always has a hard time getting through. Who wouldnât choose to block a 6/3 or an 8/3 etc with a chump. A great illustration of where Embercleave comes in handy for me.

Then there are the inevitable times where youâve already got one out and one in hand. It would be a great surprise to cast that second one on an unblocked or would have died attacker.

For Embercleave, I want to see it often and Iâm not that sad to see multiples for surprise possibilities. I feel good putting more in to the deck even though itâs a Legendary. Where The Great Henge Iâd be noticeably sadder.

Mainly I love keeping it as consistent as possible. Any choices fitting that are a step up in my books

#5a I just donât prefer mana dorks with my Dino lists. They are absolutely powerful and have their place in various top tier decks. They become a Dead Draw while Marauding Raptor is out, die to my beloved sweepers and Iâve already got 8 cards that pseudo-ramp the majority of creatures anyway.

Otepec and/or Marauding often help to cast multiple creatures in a turn (plus other great perks) where the dorks can only ever assist casting one thing. They just donât fit for me.

#5b Yes 21 Lands is definitely going to seem low to some people however there are a number of factors helping keep things consistent/ramp at 21 (vs something like 24,25).

Firstly is the fabulous Commune with Dinosaurs. Sometimes itâs better holding off playing it T1 (for more information when used later) if Iâve got the land drops. It simply helps grab that extra land or key creature and is great at any point in the game.

Then there is on of my All Stars, Ranging Raptors. Fairly self explanatory but often itâs coming down as a double (eventually) Rampant Growth plus creature. Thatâs always been a great boon for me.

Then there is the consideration of the 8 pseudo-rampers which will very often bring down the overall cost of the deck, needing less lands. Leading to something like 21 working well, for me at least.

Anyway thatâs a start for now, hopefully it gets your inspiration/juices flowing! Iâm happy to answer any more questions or discuss other options.

So I used by play Selesnya dinos before Marauding Raptor was released. Since it's release, I switch to Naya, and now am leaning toward Gruul. When I played Selesnya, my main strategy was to play Wakening Sun's Avatar and swing for game with what I previously had on the field. I played Commune with Dinosaurs in that to dig to Avatar.

LOVE the idea of Flame Sweep because that will also trigger enrage of my own Dinos as well as deal with my opponent's creatures WITHOUT killing my own creatures! Love it! I'll play with Embercleave and switch out Sunwing for Ceratops.

I appreciate your help! Hopefully we'll run into each other on Arena!

I agree with the above, but instead of attacking w/ Marauding Raptor , use Fling on it. No chump blocking that!

I'd do some things differently, but you're getting a +1 for the Polyraptor . Always thought it looked like fun, but never got around to brew with it myself.

Just so you know, if you or your opponent don't have an instant speed way to deal with the Polyraptor + Marauding Raptor loop, the game ends in a draw.

Hi! I was playing edh with some folks at my local game store. I played Marauding Raptor and Polyraptor . The two cards create an infinite combo with a mandatory loop. My question is do I lose the game because I cannot break the loop or is the game a draw? Everyone at the table said I have to forfeit and scoop. This does not sit easy with me because the official rules for Magic state the the game ends in a draw. Help me understand.