If a red source you control would deal damage to an opponent or a permanent an opponent controls, it deals that much damage plus 2 instead. 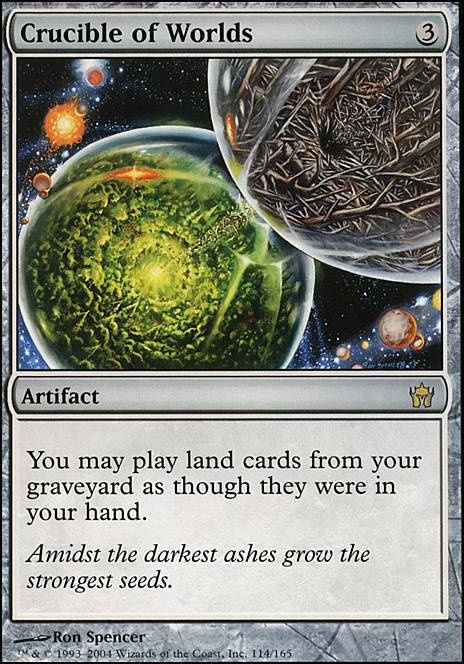 Thank you for for the suggestions, seshiro_of_the_orochi. Actually, the naming was quite accidental. That is a very odd yet perfect coincidence! O_o

I would love to have a Valakut, the Molten Pinnacle for this deck but, unfortunately, it is a little out of my price range right now. You are definitely right though, it would be a great addition since the deck is already set up to abuse triggers like it.

I thought about Torbran, Thane of Red Fell but since the mountains are colorless, I didn't think it would work. I suppose it would still boost other red damage sources though so it could help in some ways.

I like the concept a lot. I guess your commanders name was composed like this on purpose? (If not: "Brand" is german for a fire that is burning something down, and "Dorf" is a village. This being accidentally seems highly unlikely, that's why I'm asking.).

It seems weird to not actually have a Valakut, the Molten Pinnacle in here. Is it on purpose? Also, you could consider Torbran, Thane of Red Fell for increased damage.

I would drop Burning-Tree Emissary for Legion Warboss. I also get what you're doing with Torbran, Thane of Red Fell, but I'd go to no more than 2x, probably just 1x, and add Wild Slash. Same for Obelisk of Urd. A copy or two of Ramunap Ruins might also be good.

Gotta love a good Firesong and Sunspeaker deck. My only suggestions are The Flame of Keld (extra Torbran, Thane of Red Fell effects rock) and Fight with Fire