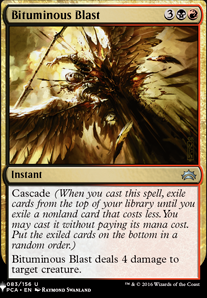 Bituminous Blast occurrence in decks from the last year

A bit of pain never hurts.
by Sheld 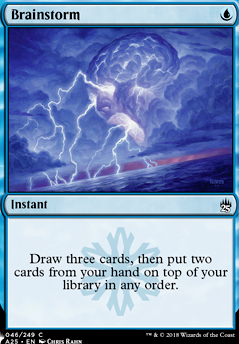 Yidris brings the pain
by battlesong72

Like the deck. I would add more cascade. Bituminous Blast, Bloodbraid Elf and Etherium-Horn Sorcerer at least. And more bounce for recasting: AEther Tradewinds, Wash Out and Horned Kavu are good for that. Also, Frantic Search and Ancestral Vision. Ok, I'm done. +1

This deck seems pretty good. I honestly would cut the Bituminous Blast and Decimate for low-cost instant speed answers, as those are so much more useful most of the time, even if they do not get Ydris triggers.

I would also cut Diabolic Tutor for more answers (or a lower cost tutor) as it is very slow and you already have a few tutors.