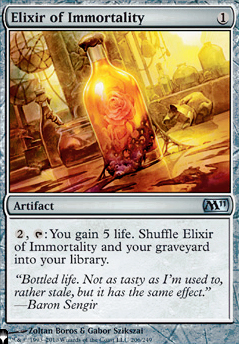 {2}, {T}: You gain 5 life, Shuffle Elixir of Immortality and your graveyard into their owner's library.

Elixir of Immortality occurrence in decks from the last year 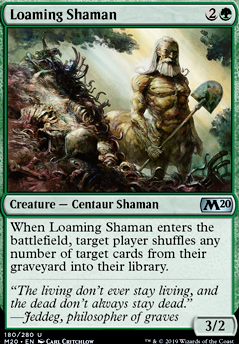 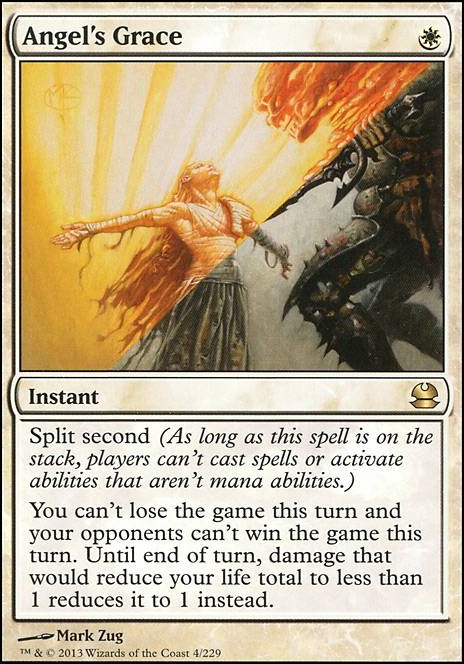 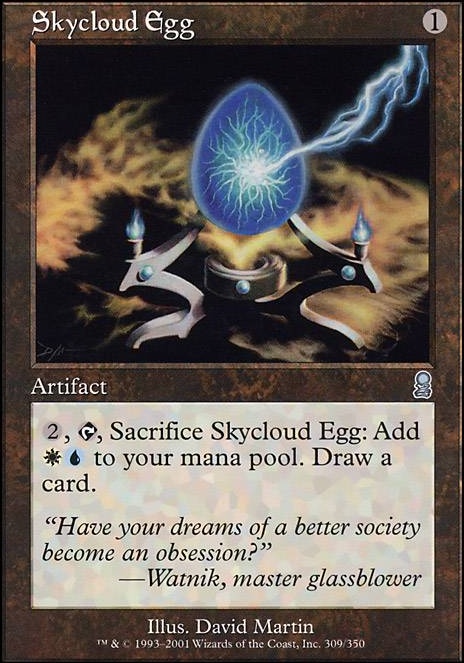 I would suggest Jace's Archivist for more cycling, Reliquary Tower for more of a chance to get no max hand size thatis harder to get rid of, and Elixir of Immortality just so if you cycle your 2 ways of winning away there is still a way to get your cards back. Nevertheless cool deck.

one of my favorite mono green combos is Nyxbloom Ancient + Nykthos, Shrine to Nyx + Genesis Wave followed by Elixir of Immortality if you're doing green/blue it can be fun to throw in a Thassa's Oracle or a Laboratory Maniac

Hey regalgorgon!! thanks for the up vote!!

I just finished the deck, I've been the whole day trying to get it right even though the spoilers are not finished yet. I'll updated then.

I like to see how our decks are parting ways even it is the same commander and it's a new one, your more quick and little creatures and mine more fatties. This commander has potential.

If I can give you some ideas check out Feldon's Cane as addition to the Elixir of Immortality or as a substitute. Be careful with Gaea's Blessing 'cause if you mill it or dig it yourself out, you will lose your whole graveyard and the creatures that you need for your commander.

HELLcaster19 Excellent suggestions! I didn't even notice I had such an abundance of deathtouch, lifelink and vigilance but so little first strike, double strike, etc! I'll have a rummage for more G/W/B creatures with those!

Elixir of Immortality is another great idea! Thank you so much for your input!

regalgorgon Would you perhaps consider adding in one of the shuffle Titans to add an additional method of replenishing your library once your commander's etb has resolved? There is no guarantee that the Saga will reach it's third stage and hit the shuffle trigger. :)

Maybe even an Elixir of Immortality for the added benefit of 5 life. This, with a shuffle Titan will help ensure that you can put those creatures back into your library and put them on to the field. Which is vital to your Odric, Lunarch Marshal and Majestic Myriarch in case your commander is no longer on the field by whatever means.

Perhaps also consider dropping just a few more creatures into the deck, as First Strike, Double Strike, Hexproof, Indestructible, Menace and Reach are all on the low end of the spectrum in terms of effects generated by your current creature base.

Aside from that minor input, I like the initial development! You shall get my vote and I will follow your progress as this particular creature is one I also hope to build!