Golgari Signet occurrence in decks from the last year 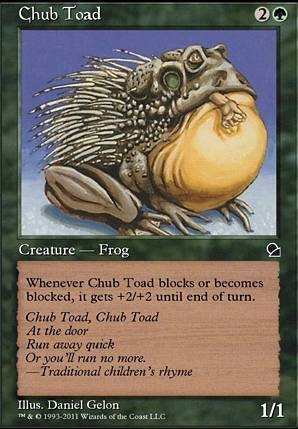 Reaper King Hates Your Board.
by idleactions

Kogarashi on Can I search for cards ...

It's important to note that while Mycosynth Lattice and March of the Machines will make all your non-creature permanents into artifact creatures, this only works on the battlefield. When you search your library for a creature, it must be a creature card.

You can't use this combo to use a Golgari Signet to search for a Rakdos Signet, for instance, as the second Signet will not be a creature in the library.

Youâll probably want more than 30 lands on the deck considering your commander costs 6 mana. I normally have 36-37 lands in my decks and I feel like that is normally a safe amount.

Tendershoot Dryad would probably be a good card to pick up since it makes tokens every turn.

Sakura-Tribe Elder is a good ramp creature that you could add to your deck.

I would also add the guild signets since they are good 2 cmc mana rocks. Gruul Signet Rakdos Signet and Golgari Signet

Kodama's Reach and Rampant Growth are also good ramp cards you could add to your deck.

After further reviewing your deck, I have another recommendation that's far more important than my first.

You have almost 0 forms of significant card draw or ramp in this deck. Card draw and ramp are the 2 MOST IMPORTANT things in Magic. You have to include around 8-10 forms of each in your decks.

RAMP Cultivate , Kodama's Reach , Farseek , Rampant Growth , Sakura-Tribe Elder , Sol Ring , Fellwar Stone , Arcane Signet , Golgari Signet , Simic Signet , Orzhov Signet Of course some if these signets couldn't be played if you swapped to Arcades. There are plenty for his colors as well.

Either way you go, the deck will be great if you include more card draw and ramp. I hope this helps!

Even if you dont like the idea of more draw or ramp, just try it out for a few games!

Glowspore Shaman is good for selfmill and can grab a land.

Golgari Findbroker can help get an artifact, enchantment or land out of the graveyard.

Deadbridge Chant is nice in recursion decks but can be a bit too random for some people.

Mana rocks like Golgari Signet , Golgari Locket , Golgari Cluestone , Mana Geode are always important to help cast bigger spells early. and if you can put in a Sol Ring

Do me a favor. Grab one of your Commander decks at random, and tell me how much Artifact and Enchantment hate is in it. Then count how many artifacts are in it.

On my side, for my Thelon of Havenwood deck, I have Casualties of War , Status / Statue , Putrefy and Abrupt Decay . Yes, they can take out those cards, but that's not their primary use. Each of those also takes out Creatures, which is their primary use. In colours that are really good at taking out Creatures, Artifacts and Enchantment. As for my artifacts, Golgari Signet , Golgari Locket , Lifecrafter's Bestiary and Coat of Arms . None of which even come close to being cards that require dedicated removal. Not even a Sol Ring because it doesn't do what I need.

Well, I take that back with Coat of Arms . That can get overboard. Especially in a dedicated Tribal deck like that one.

My point stands. Cards that require a response are, by definition, format warping. Paradox Engine required a response because it was too powerful, and warping. So did the Prophet. And with those out, Vedalken Orrery is the next best thing, as you so cheerfully point out.

And as for my comment about mono-? You have it backward. I chose my example, not that person.