Landfall Â Whenever a land enters the battlefield under your control, you may have target player lose 3 life. If you do, put three +1/+1 counters on Ob Nixilis, the Fallen.

Ob Nixilis, the Fallen occurrence in decks from the last year

Ob Nixilis, the Fallen
by Just_A_Box1537

Ob Nixilis, the fallen
by Botstina

Ob Nixilis, the Hiker
by Coward_Token

Ob Nixilis, The LandFallen
by Yakov_ 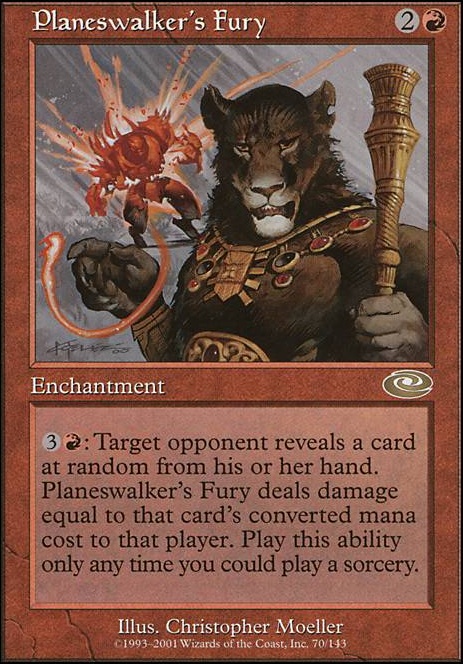 My playgroup had an EDH night on Saturday. One guy was playing Purphoros, God of the Dead? deck with Nirin, bouncing it for 4 damage each time it ETB with some other combo. Ob Nixilis, the Fallen with Yarok out hit for 6 damage a turn until I could clear the way of his blockers. I then swung for 24 for lethal. It does work. The lightning bolt effect is more effective in a board stall.

IIRC, I run 6 land acceleration and 2 creatures ATM that can pull lands out. I rarely see more than 2 per game. That helps me hit an extra 2-3 lands per game tops. 18 of my lands are fetchable, 10 of which are forests. I do run 11 basics in my deck compared to your 5, but you still run 9 forests. You shouldn't be running out of lands by turn 3. That's mathematically impossible, even with 3 fetches and 2 forest fetching spells.

Thanks for you suggestions.

In testing, I've found that the "getting lands into play" strategy faulty. The fetch lands combined with the spells like you've listed (Farhaven Elf, Wood Elves, Cultivate, Farseek, Nature's Lore, etc.) that depend on finding basics/Forests/etc. results in pulling all potential lands out of the deck early, which severely decreases the value of these lands and spells later in the game (as early as turn 3 in one match).

Shriekmaw's place in the mainboard is something I'm working on testing now, why I didn't think I needed it in the first place is beyond me.

Yarok makes triggers double, including bounce lands. That's the last thing we want! Get them out of the deck!