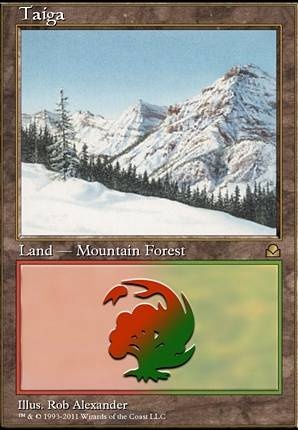 Omniscience_is_life on Curious about Stances on Proxies

Also, ending an opinionated statement with "period" isn't very fair, as it's just that: an opinion. If your playgroup is fine with you writing "time walk" on your swamp and playing it, that's cool. More power to you. And if they aren't ok with you saying one of your mountains is actually a forest because you don't have enough of them... ok, that's their veto. If your friend has a shockland that you need for your deck, but you won't trade for it because you have a proxied version, that's a dick move. If you just started playing two days ago and have zero Cancels, you could probably proxy one without too much trouble. Just... be respectful and be fine if your friends don't want you to run a Taiga if you don't have one. But on the other hand, if your buddy has no Rupture Spire and wants to proxy one, you could probably survive letting them do it.

I think that's pretty much the same(however you set up fetches is fine, you just need to make sure every fetch can get every color).

TBH I'd run Copperline Gorge over Rootbound Crag in this deck. Having basically Taiga for turns 1-3 seems better here than having potential Taiga for turns 2+. I mean, you have 14(counting fetches) triggers for crag, which is fine.... but there'll be situations in which you won't have the trigger in the first couple turns because of how your lands turn out. Additionally, you have enough 3 mana or fewer plays that you can play Gorge tapped and wait a turn to resolve Omnath and you won't be in that bad of a situation.

On Fabled Passage, it's good lategame but not early. You need the Vistas here, as Passage will just be Evolving Wilds for you.

Primal Beyond is fine, but Cavern of Souls is better and you only have so much room.

XinZhao, Guerte: I think I will slot in Return of the Wildspeaker, but I got a foil Compost, so I might try that out at some point as well. I face mainly black and green in my meta, so it kinda fits well.

I agree with _Arra_, being able to creature tutor out a win with Craterhoof Behemoth is way different then Akroma's Memorial. Memorial definitely lays the hurt on when it comes out, but it very rarely wins games at the same level as Craderhoof.

I was not a fan of Sylvan Awakening when I played it previously. Maybe it is worth a relook.. but I would rather play something else to be honest. I wish our colors had creature sac outlet like Yahenni, Undying Partisan or Viscera Seer. What do you think about Repercussion? It plays into the burn strategy and combat as well.

Markoi: I think Radha, Heart of Keld is a fine budget option, but not really needed here. I wont be surprised to see it in future Om_rath decks!

Rasaru: Thanks! I think the deck is pretty amazing too! A good start for a budget built is fixing up the lands. There are many cheaper budget fetches out there, they just make the lands come in tapped most of the time. If you cut the money cards like Gaea's Cradle, Taiga, Wheel of Fortune, and Mana Crypt you will be really close. Most of my decks value is the fact that it is foiled out.

I love Reliquary Tower. I am almost always happy to have it, or hope to draw it. This deck draws a ton of cards, many of which we want to keep in our hands.

Expect an update this week!