Experiment One occurrence in decks from the last year 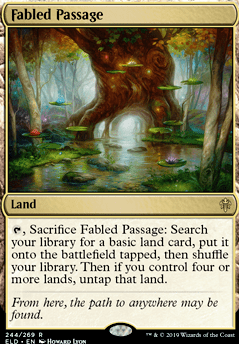 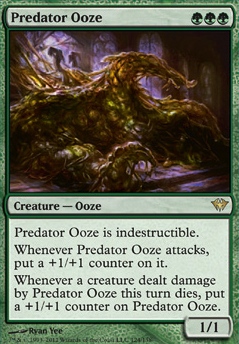 Squirrels you control get +0/+1 and have reach.

: Until end of turn, whenever you draw a card, you may discard a land or creature card, if you do, create two green 0/2 Acorn Plant creature token with defender and shroud.

"It lays acorns and eats eggs!?"

I'd like a Simic creation with exactly three subtypes.

I'd throw in some Pelt Collector or Experiment One depending on your definition of budget. You've got a bunch of 1 drops, but only 3 creatures to play on turn 1 in an aggro deck, which slows you down a lot if you aren't running elves. If you do add them, Avatar of the Resolute would be a good addition if it's in your budget. Kessig Prowler Â Flip or the mana dork elves would be the cheaper option and still speed you up. Barkhide Troll is a strict upgrade to Kalonian Tusker for the same price. Great Sable Stag is a pretty good anti control card for your sideboard, since their gameplan is to counter and kill everything you play. Like the deck overall.

Ah, a fellow mono-green stompy player! I've been testing a version of this deck for a while, and would love to compare lists! I agree with so many of the points you brought up in your deck description, so I think we're pretty much on the same wavelength here. However, there are still a few noticeable differences between our lists that I would like to discuss:

For our 1-drops: I prefer value Experiment One to Pelt Collector, but they are so close it's not much of a talking point. I do only run six of those total, as in testing I have found hands with multiple of them to be sub-optimal (since I would rather have something that evolves the first one rather than the second). Probably the largest difference between our lists is that I run three copies of Hexdrinker. I have indeed found it to be a useful mana-sink, with little opportunity cost. I do love Dryad Militant, but went down to three copies since their ability doesn't stack. As for 2-drops: I have yet to test Syr Faren, the Hengehammer thoroughly, but you may have convinced me to add a copy or two. If you indeed end up running three I would finish the playset of Rancor. My 2-drop count is a bit lower than yours, but that's just me. Lands: I run 20 lands and it has felt good, so I was a bit surprised to see only 18. Traditional burn runs 20, and if anything I think this deck does a better job utilizing more mana. Also I missed Okina, Temple to the Grandfathers until I saw your list (thanks!!) but would also suggest Pendelhaven. Hitting for one extra damage with Experiment One after a sweeper has won me the game before. Spells: I'm not a fan of Once Upon a Time in this deck I think, but lmk how it's been playing. Just seems too bad to draw into. Sideboard: I run Feed the Clan and the new Setessan Petitioner instead of Life Goes On, but have agonized over it for a while and can see both sides. I also think the raw power of Veil of Summer may just make it better than Shapers' Sanctuary. It is nice that Wheel of Sun and Moon gives devotion, but I think its a tad too expensive for a deck that wants to be jamming creatures? For that reason I have a lower-costed, more reactive graveyard-hate package.

Tell me where you think I'm wrong and how I should change my list! The optimal list is probably some combination of ours :)

Mdmaster13 I'd like to hear your thoughts on this potential version of my golgari Scales deck, I haven't committed to the changes (which is why I made this copy to play around with lol) but these are things I'm considering.

I ran into a few hands where Avatar of the Resolute couldn't enter with any counters so I wanted to add more early creatures with +1/+1 counters and more protection ON said creatures. Also Spell Queller was obnoxious and I wanted an answer so that's why I am opting for Transgress the Mind instead of Duress.

As nice as it is to have a regenerative body on Experiment One , the ability to force through damage from the other 3 is just too nice to pass up (trample from Vivien, deathtouch on the Bow, and Ballista being able to Fling itself). I'm not sure what the right call is, but planned ways to "force" damage through can't be a bad idea, right?

Winding Constrictor continues to be one of my favorite cards. Great to see it prosper in Pioneer!