Captive Audience enters the battlefield under the control of an opponent of your choice.

At the beginning of your upkeep, choose one that hasn't been chosen:

Captive Audience occurrence in decks from the last year

Lets cheat stuff in with Ramos, Timmyâs dream
by KingOfWhales 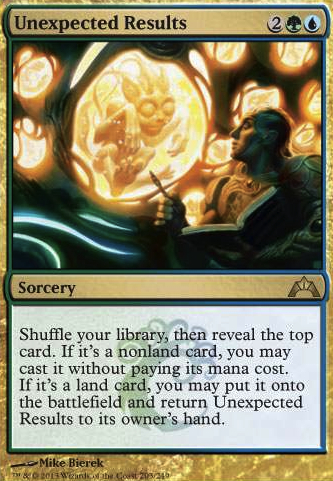 But I didn't say tutors, I was talking about how design has been exploring parallel effects & political cards & doing it in a way that feels color specific. has been making everyone play with parallel card draw for pain, also political bomb-plays Allure of the Unknown, Captive Audience. hsas a political bargaining card that happens to be a tutor. has been using balance-type effects for awhile now, hopefully they continue to explore. has Fiendish Duo

Gleeock on EDH vs cEDH

That kind of wall of text is what I was hoping to avoid. As Wolfsbane706 concisely states -- with the inclusion of punishment cards. It feels that the most competitive philosophies don't include this wider spectrum of interaction, only the most efficient of 1:1 removals or boardwipes (direct interaction)... Now where this Turn0 philosophy gets shot is with more midrange, responsive, & indirect interaction. I've seen several Marchesa decks beat Turn2 decks.... but they are built in this fluid, response-based way such that you could call them "competitive" but you can't really put them in a TurnXYZ class.

I've heard it verbatim so many times: "that card won't help you win" - "I don't like playing with people who don't play to win" just because it is indirect or relies on politics... or the rest of the deck, then I somehow end up winning. Goofy stuff like: Evolutionary Escalation, Oath of Druids, Captive Audience, Frenzied Fugue. Several of which are either exchange-based or cause a cascade of indirect interaction. All cards with Panache. In response to your competitive Force of Will I will yawn. "Competitive" or "win-now" decks certainly have "interaction" but it is so narrow in scope compared to what the game has to offer. The challenge lies in being a champion of the pet cards & still managing to beat high-end, narrow interactions. & DrukenReaps you aren't wrong, I am a little dismissive of those 2 interactions, probably because I do tend to get-wrecked by the same darn suite of cards - but I just look at that as a challenge to be overcome :) - without "doing as the Romans do" to overcome them.

Gidgetimer - condescension is a response to feeling patronized -- Being told that a narrow host of interactions is how the game works, then having how the game works explained to me. Then being asked to go on a defensive with a list of cards.

Wall of text not avoided.

Captive Audience is perfectly on flavour.