Spirit of the Labyrinth

Each player can't draw more than one card each turn.

Spirit of the Labyrinth occurrence in decks from the last year

Epic of Daxos Competitive
by iAzire

Can You See The Light?
by Fasrielyn 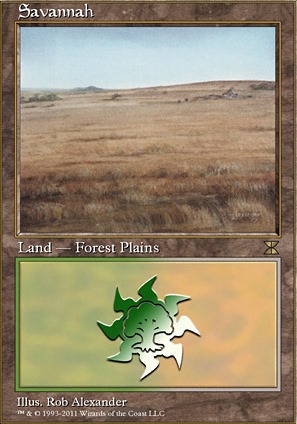 Spirit of the Labyrinth Discussion

TriusMalarky on Can someone help with a ...

First, Blue is a lot better in 1v1 than multiplayer -- counterspells suck in multiplayer. Dunno why people don't like countermagic, though, it's only oppressive when paired with absurd card draw.

Anyways, Leonin Arbiter, Spirit of the Labyrinth, Thalia, Guardian of Thraben, Ethersworn Canonist, Rule of Law, Winter Orb, Static Orb, Ghostly Prison, Island Sanctuary. White is really good at stax, and white/blue is only better at it(mostly because of card draw for consistency).

With the release of Ikoria, a new and very powerful hatebear has been released. Drannith Magistrate shuts down not only the ability for opponents to cast their Commander, but it also shuts down many combos, such as Dramatic Scepter, Food Chain, and Gitrog Dredge. This shall take the place of Spirit of the Labyrinth, for while it loses the ability to be tutored by Enlightened Tutor and Sterling Grove, it gains the ability to be tutored by Imperial Recruiter and is an asymmetrical stax effect.

Also, two more fetchlands have been added in Bloodstained Mire and Flooded Strand. They have taken the place of Razorverge Thicket and a Snow-Covered Forest. These two land allow us to more easily search up basics for Earthcraft, and they also greatly benefit Sensei's Divining Top, Sylvan Library, Ramunap Excavator, and Lotus Cobra.

for financial reasons I excluded Eidolon of the Great Revel. They would replace Spirit of the Labyrinth. They arenât strictly better but I think they would be slightly better in certain match ups. I donât feel justified in paying for them though. If you have them or have a way to get them consider adding them to the list.

Fact or Fiction is a very good card, but is mostly eclipsed by Gifts Ungiven being in the format for the same cost and more recently . Regardless, I am rather knowledgeable on FoF and will aim to enlighten

So what benefits do we get from using FoF?

I have taken the liberties of brewing two lists for you. The first adds FoF to a Pyromancer Ascension build, using Underworld Breach as the graveyard fuel and FoF synergy piece. Facts from the Underworld. The second deck plays around with graveyard recursion to use FoF as a big draw card, Fictitious Heartbeat. Happy brewing

Take out Spirit of the Labyrinth. It counters Oloro's ability

Hey, nice version of Avacyn, but do you really need all those other Angels?

Smothering Tithe is fantastic repeatable ramp for mono white in multiplayer Commander. Lyra Dawnbringer has very good interaction with Resplendent Angel; repeatable Angels with lifelink. Rather than play lots of other Angels consider more pillowfort? The problem with mono white is you want a lot of turns to get going since Avacyn is eight mana. You want a very good opening hand with ramp, but if you don't get that then having ways to slow your opponents down can help.