, Pay 1 life, Sacrifice Windswept Heath: Search your library for a Forest or Plains card and put it onto the battlefield. Then shuffle your library. 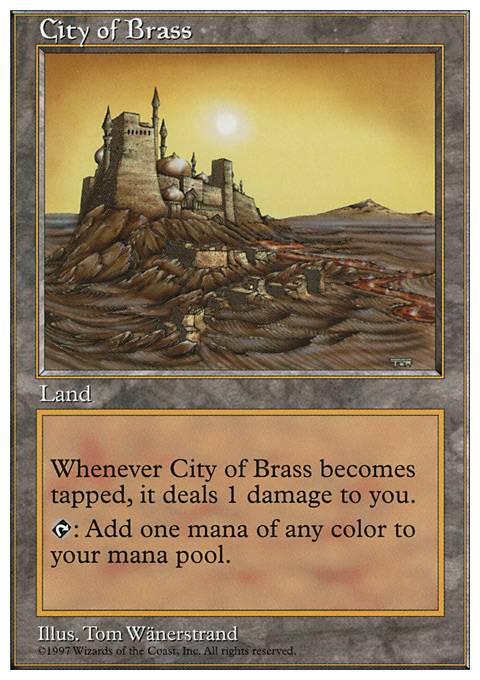 Wall or Nothing (Arcades EDH)
by Noire_Samhain

one last thing, I hate that you can't edit these comments, anyways, instead of "Scalding tarn", there are cheaper fetches you could add, it just depends on the colours you want. Arid Mesa is the cheapest of the fetches and that fetches Boros colours. you already have Windswept Heath. so yeah. I would add Arid Mesa Before Scalding Tarn, as that is cheaper.

No problem! It just comes down to experience really. If you're playing on Cockatrice, I wholly recommend running Tundra and a full set of fetchlands:

Fetchlands hit any card with its land type in its description. For example Arid Mesa hits any Plains, meaning not only can it fetch basics but also can get you Tundra and Hallowed Fountain. They're one of the best things you can do for a deck's consistency. I recommend cutting Evolving Wilds and Fabled Passage to start, and then decide on what else you want to drop for the rest.

Next you'll want to be adding fast mana. Mana Crypt, Mana Vault, Mox Diamond, Mox Opal, and Chrome Mox will help a tonne. Keep Sol Ring and Arcane Signet alongside them, altogether they'll speed the deck up a lot which especially helps due to your higher average cmc.

On top those you could add Fierce Guardianship and Pact of Negation as great counterspells, as well as Rhystic Study and Mystic Remora for card draw. Of course the more stuff you add in general the more you have to remove, so it's up to you.

Ojutai is a great commander though, so have fun!

possibly one year too late, but a couple of things i noticed in this deck: