The Apocalypse Is Here
by ZionZaiyer

Death may Die
by MantaXIV 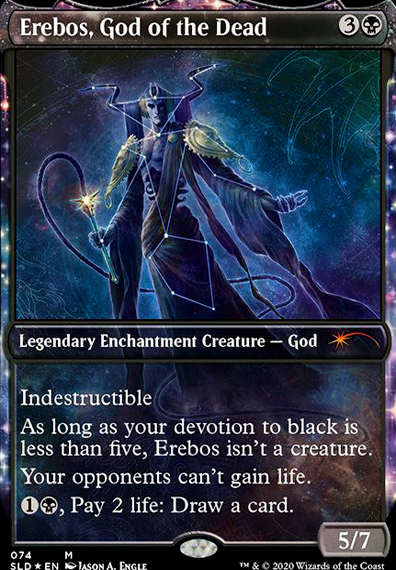 No life gain for you
by silentwalker282021

Dead by Doomsday
by Ubermensch6969 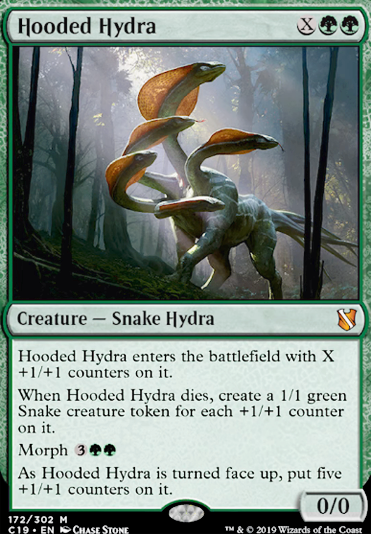 Erebos, God of the Dead Discussion

plakjekaas on Why Does Red Have a â¦

And Everlasting Torment and Havoc Festival, but those are red too, hard to count in this discussion

Hi Sitri! Card draw can be a little hit or miss. I havenât found great solution so if you have any ideas or suggestions, please feel free to share. The best I could come up with was to throw in a bunch of generic âgoodâ draw spells. No real synergy or anything but they will draw you cards.

The deckâs Achilles heel are cards like Erebos, God of the Dead. Anything with the rules text âYour opponents canât gain lifeâ shuts down the deck pretty hard.

With that said, I still think itâs a really fun deck to pilot. It has a simple and straightforward strategy and every once and a while, you get to make a REALLY big Karlov.

Let me know how it goes if you decided to build it.

RNR_Gaming on How Good is Greed in â¦

Greed is a fine card - it's not super powerful but has some cool synergy with other cards that let you cheat on mana like krrik and is an excellent mana dump. These are how I'd rate similar cards but I view things through a competive lens so if you like these cards please take it with a grain of salt.

Underworld Connections - 1/5 - was excellent in standard but opens you up to 2 for 1s via the land destruction player.

Phyrexian Arena - 2/5 - oof waiting till upkeep for a card? It's good in those slug fest mid-power games but way too slow for anything high power

Greed - 2.5/5 - good mana dump and can synergize with some other stuff too solid but not too powerful

Arguel's Blood Fast Â Flip - 2.5/5 - essentially the same thing as greed but with a lower cmc but a higher activation cost and the back side could be relevant..

Erebos, God of the Dead - 3/5 - a stax piece + a draw engine? Very solid and will annoy any life gain player

Bolas's Citadel - 4/5 - value town city furniture. This is one of the strongest black cards printed in years. Combo enabler and let's you cheap on mana with like if this cost any less I'd bet itd be a 30 dollar card in like another year or 2 if it's not reprinted

Necropotence - 5/5 - the cream of the crop draw engine. Like god damn this is the value city furniture in the best part of town.

griffstick The reason I have so many boards is one it the theme/gimmick of the deck and two commander tax it get more expensive evetime i blow it up to. Realistically I can probably one use my command 3 times at most. As for the gods ik I trying to replace most of them but creatures that indestructible period with no hoops to jump through are rare so they are mostly filler. The ones im planning one keeping are Erebos, God of the Dead for more repeatable draw power and Xenagos, God of Revels because green is my main color so he will be the most likely to be a creature but it's his effect I want so even if he's only an enchantment its fine, maybe Mogis, God of Slaughter as ill be wiping so often that he'll deal two damage often as they will rarely want to sacrifice the creature they just played after a wipe just to save on 2 damage, and he's still is on the chopping block with the other gods. Also forgot about Hour of Revelation

If you want ramp, and another life loss effect, Bontu's Monument will help and can a lightning rod for removal in place of your commander. you had at least twelve cards that trigger it, and xiao makes that repeatable technically. If you really, really need draw, Erebos, God of the Dead and/or Erebos, Bleak-Hearted are dual purpose. They are also colored and can be retrieved, plus they have indestructible tacked on!