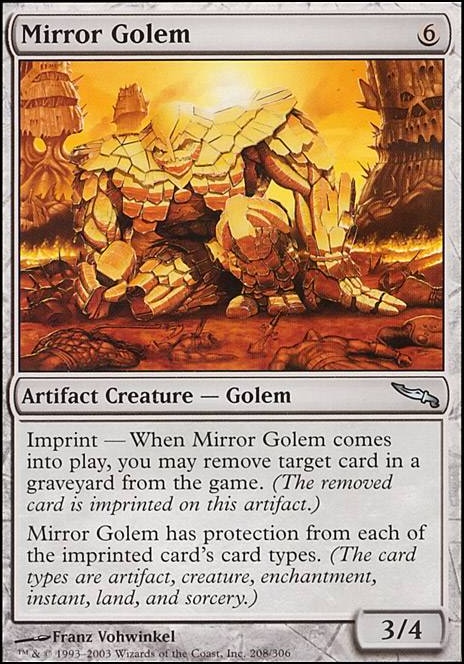 Imprint - When Mirror Golem enters the battlefield, you may remove target card in a graveyard from the game. (The removed card is imprinted on this artifact.)

Mirror Golem has protection from each of the imprinted card's card types. (The card types are artifact, creature, enchantment, instant, land, planeswalker, sorcery, and tribal.)