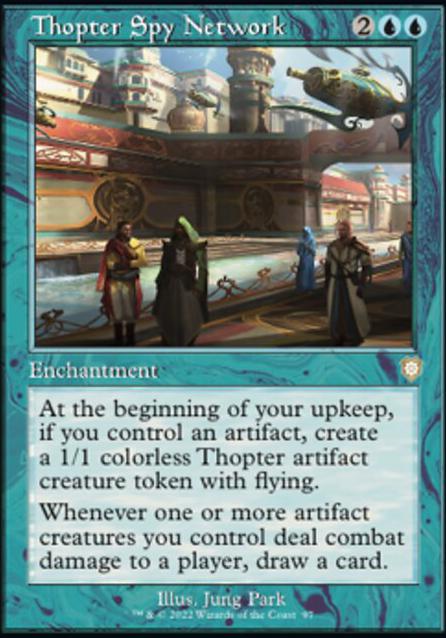 At the beginning of your upkeep, if you control an artifact, create a 1/1 colourless Thopter artifact creature token with flying.

Whenever one or more artifact creatures you control deals combat damage to a player, draw a card. 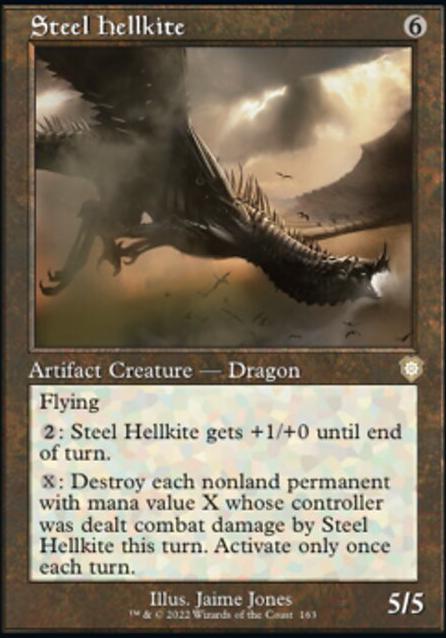 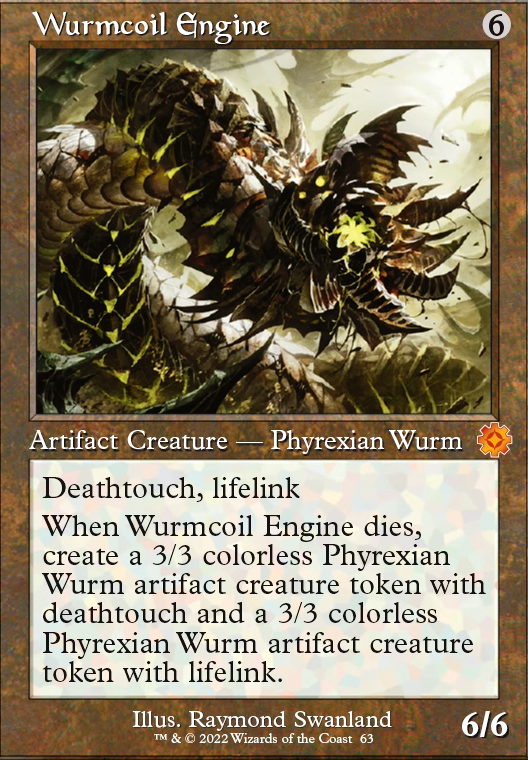 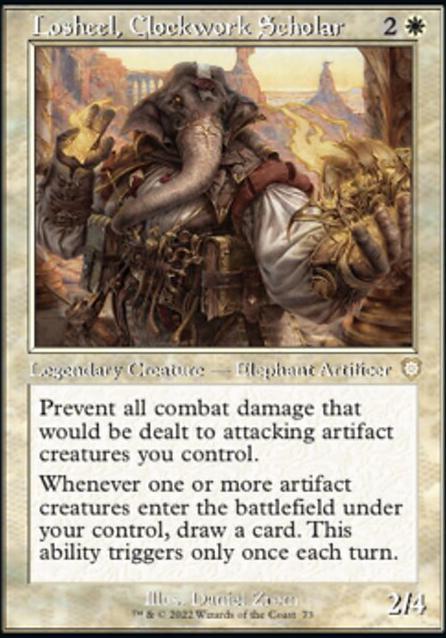 Momentous March of the Martial Machines

I would cut Thopter Spy Network and add Efficient Construction it should create more tokens, maybe 2-3 per turn rather than one on upkeep, also if there is a bird wipe and you have no artifacts Thopter wonât trigger, whereas after a wipe with efficient construction it would help speed up the rebuild of a board state.

Iâm working on a build too, if you want to take a look :)

Ha, yep I agree on Chandra. There may be more powerful walkers, but she does 3 really useful and unique things, and I definitely have decks that can use each mode depending on the board, so she's almost always the card you want to draw.

Honestly, I've never found a home for Flux Channeler but I keep trying : ) Just being a creature in your noncreature deck makes it tough. I just feel like there has to be a way to break it with walkers and cherrios, but I haven't wrapped my head around how to do it yet.

I also wonder if Saheeli could work with a Emry, Lurker of the Loch build. I used to have a Emry deck that used recurring Aether Spellbomb to great effect, and you could use that spellbomb as a Saheeli target too.

Or, there is also Curiosity effects. Thopter Spy Network might be really nice with Saheeli's minus ability.

Ha, I feel like there are a lot of options, and they all seem pretty decent : )

: ) But seriously, looks like a fun deck. If you have enough artifacts Thopter Spy Network could be really good, and maybe Duelist's Heritage Oh and also Grazilaxx, Illithid Scholar

I typically go for Zombies as they are represented very well in both colors, but a solid token creator outside of that tribe is Bloodline Keeper Â Flip.

Necromaster Dragon is a fun one.

There are a few Planeswalkers who create tokens, also. Probably my personal favorite to do so with is Ashiok, Nightmare Muse because that token is absolutely devastating, especially if you manage vigilance on it somehow.

There are 635 cards listed on Gatherer within and that make creature tokens. Have fun!

The single best "mass sacrifice" concept in the game is Gravecrawler to Phyrexian Altar, or to anything that produces colored mana. If your mana is colorless, you can adjust this with filters. 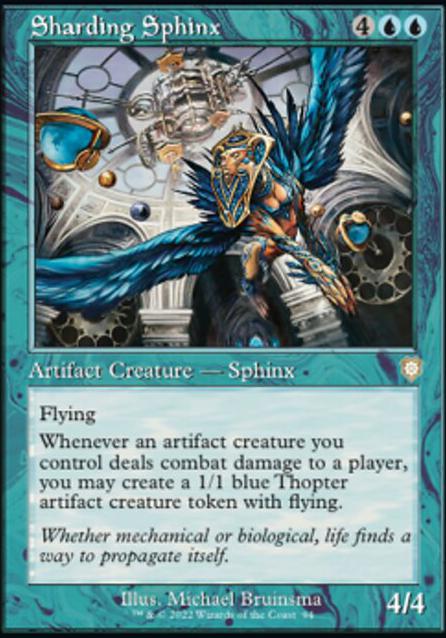 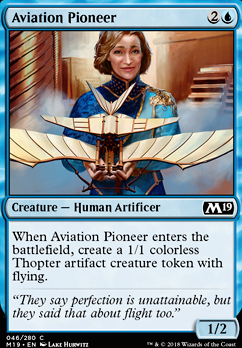 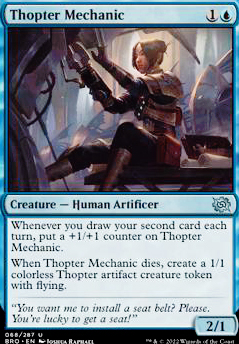 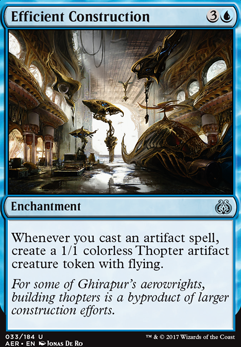 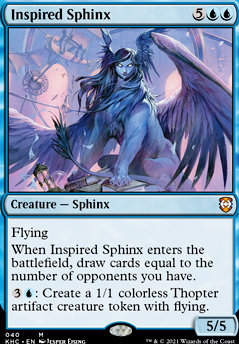 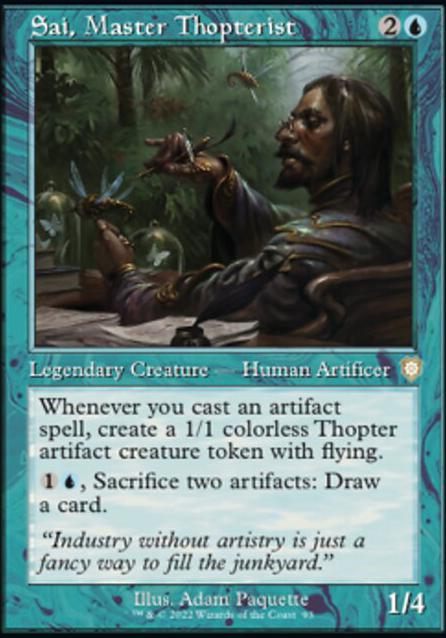 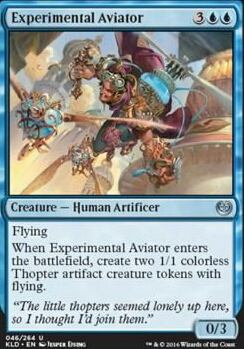 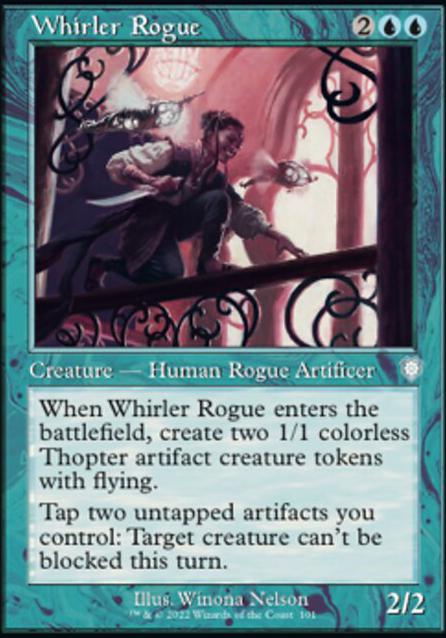 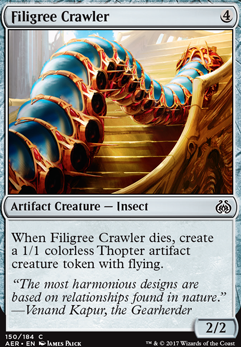 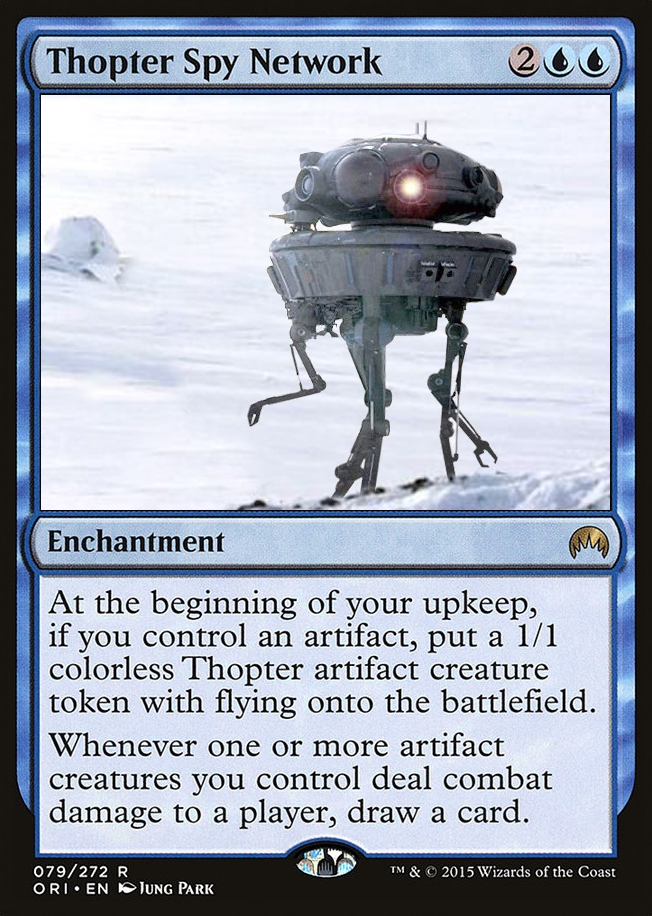