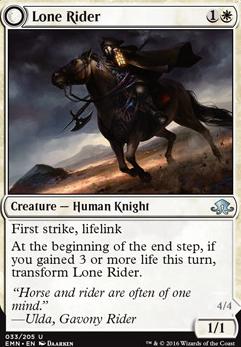 At the beginning of the end step, if you gained 3 or more life this turn, transform Lone Rider.

Lone Rider occurrence in decks from the last year 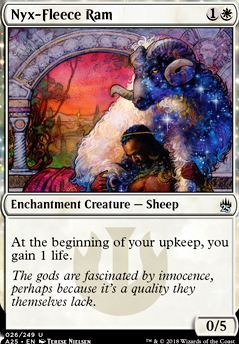 What should I have Ajani's Pridemate replace? I have a bunch of high cost Angels that could be rid of, but I'd prefer to run angels instead of it, just because this is an angels deck. There is also a good card that I could use: Lone Rider Â Flip

I also feel like you need a way to pump the knights up more consistently, like a Knight Lord or something along those lines.