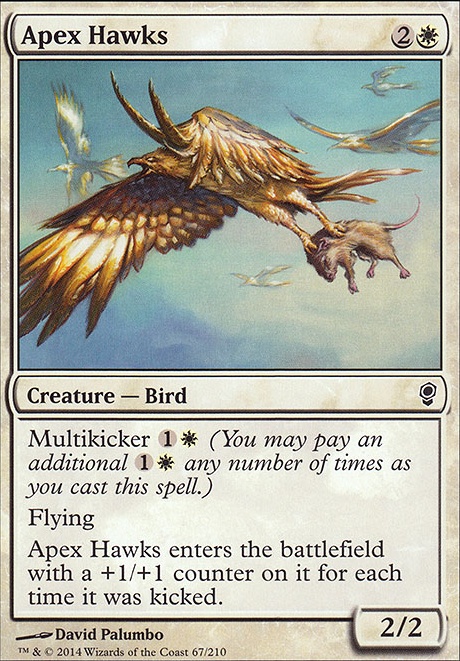 Apex Hawks enters the battlefield with a +1/+1 counter on it for each time it was kicked.

Birds of a Feather
by Epicurus

Apex Hawks might be cool as a one-of or two-of.

104.3 - Cards with a kicker cost or multi-kicker cost such as Conqueror's Pledge or Apex Hawks may be played as long as the kicker cost causes the caster to pay at least 7 mana.