When this enters the battlefield, create a Treasure token. (It's an artifact with ", Sacrifice this artifact: Gain one mana of any colour.")

Whenever another creature enters the battlefield under your control, you gain 1 life. 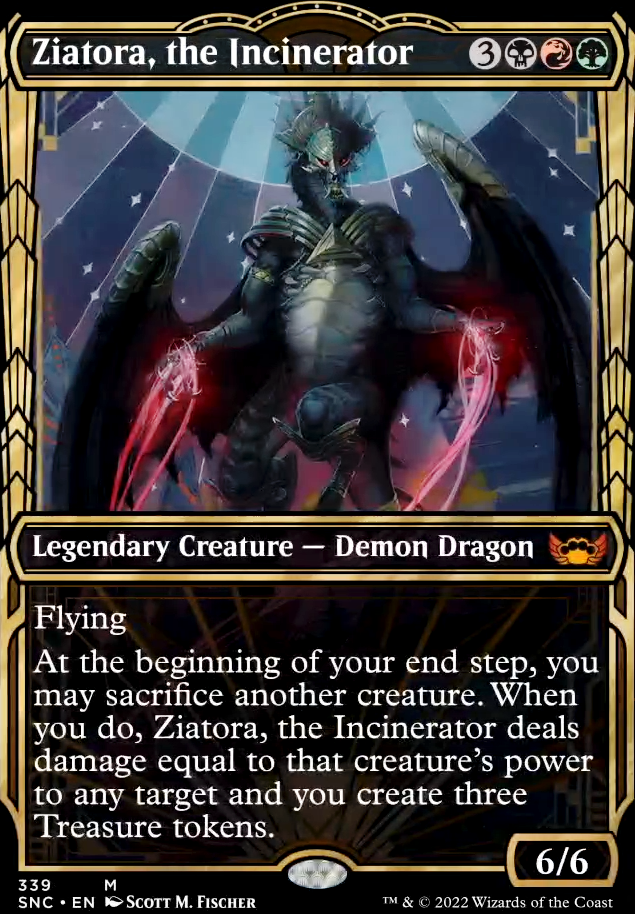 My Combo Runs On Fossil Fuel

Removal or bounce in an enchantment package Touch the Spirit Realm

Nice, but why Prosperous Innkeeper with only 12 creatures?